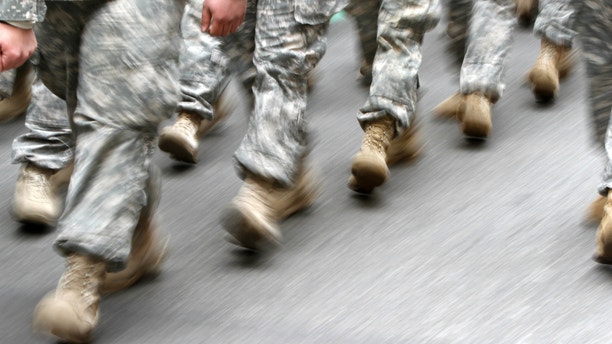 Veterans who experienced sexual trauma in the military are at increased risk for homelessness, according to a new U.S. study.

Compared to veterans who didn't experience sexual assault, battery or harassment during their military service, those who did were about twice as likely to be homeless during the five-year study, researchers found.

"I think what stood out was the magnitude of difference," said lead author Emily Brignone, of Utah State University in Logan.

The Veterans Health Administration (VHA) introduced universal screening for military sexual trauma in 2004. This kind of trauma has been tied to a number of poor health outcomes, including posttraumatic stress, depression, poor relationships with families and lower qualities of life.

But whether it affects veterans' risk of homelessness hasn't been studied until now, the researchers write in JAMA Psychiatry.

The new findings are drawn from VHA data on 601,892 veterans who served in Iraq or Afghanistan and who left the military between 2001 and 2011.

Overall, 18,597 of these veterans were found to have experienced sexual trauma, based on a "yes" answer to at least one of two questions: did you ever experienced unwanted or uninvited sexual attention, and did someone ever use force or the threat of force to have sexual contact with you.

Those rates were roughly double what was seen among veterans without military sexual trauma.

The connection between military sexual trauma and homelessness appeared to be stronger among males and persisted even after adjusting for factors such as mental health and substance abuse.

The new study can't say why these veterans were more likely to be homeless, but Brignone said a number of factors could explain the link.

Military sexual trauma, "or even more broadly sexual victimization can have far-reaching effects on mental health and psychological outcomes," she said.

An editorial published with the new study points out that more work is needed to reach veterans who get care outside the VHA, because only 25 percent identify the VA healthcare system as their primary provider.

Natalie Mota of the University of Manitoba in Canada and colleagues write in the editorial, "Such efforts . . . ultimately may help mitigate the risk of postdeployment homelessness among those who have served."

"Maybe there are ways we can improve screening protocols and get them into care more quickly, but not everyone who screens positive is going to want or get care," she said. "I think additional research is definitely in order."