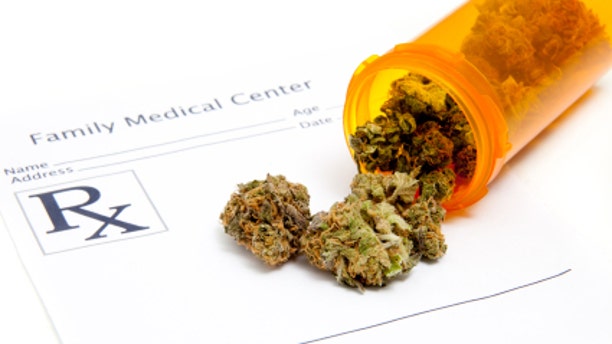 Teen use of marijuana doesn't seem to change when states pass laws legalizing the drug for medical purposes, a new study suggests.

Researchers analyzed information from more than 1 million U.S. teens in grades 8, 10 and 12, who were asked whether they'd used marijuana in the past month. The researchers collected 24 years' worth of survey data, spanning 1991 to 2014.

Two earlier studies also found that marijuana use among teens did not increase following the legalization of medical marijuana, but these studies were smaller, conducted in just four to five states.

The new findings "provide the strongest evidence to date that marijuana use by teenagers does not increase after a state legalizes medical marijuana, study co-author Deborah Hasin, a professor of epidemiology at Columbia University Medical Center, said in a statement. "Rather, up to now, in the states that passed medical marijuana laws, adolescent marijuana use was already higher than in other states," he said. [The Drug Talk: 7 New Tips for Today's Parents]

Some people have been concerned that legalizing medical marijuana could lead to an increased use of the drug among adolescents, because teens might view the drug as more acceptable or less harmful when such laws are passed. But the new study suggests that these concerns "seem unfounded," the researchers said.

"Our study findings suggest that the debate over the role of medical marijuana laws in adolescent marijuana use should cease, and that resources should be applied to identifying the factors that do affect risk," the researchers wrote in the June 16 issue of the journal The Lancet Psychiatry.

Dr. Seth Ammerman, a clinical professor of pediatrics at Stanford University School of Medicine, who was not involved in the new study, called the findings "reassuring," because they show "if a state does put in medical marijuana laws, that that’s not going to significantly affect adolescent use."

The fact that states with legalized medical marijuana have higher teen marijuana use in general — both before and after laws were passed — could be because people in those states have a more liberal attitude toward the drug, Ammerman said.

Earlier this year, the American Academy of Pediatrics issued a statement opposing use of marijuana for medical purposes, except for drugs that are approved by the Food and Drug Administration. The main concern with medical marijuana is that it is not standardized, so the term really applies to any part of the Cannabis plant, Ammerman said.

Until the compounds in marijuana go through the same approval process that other drugs go through, where they are required to show risks and benefits, "it's hard to recommend it," Ammerman said.