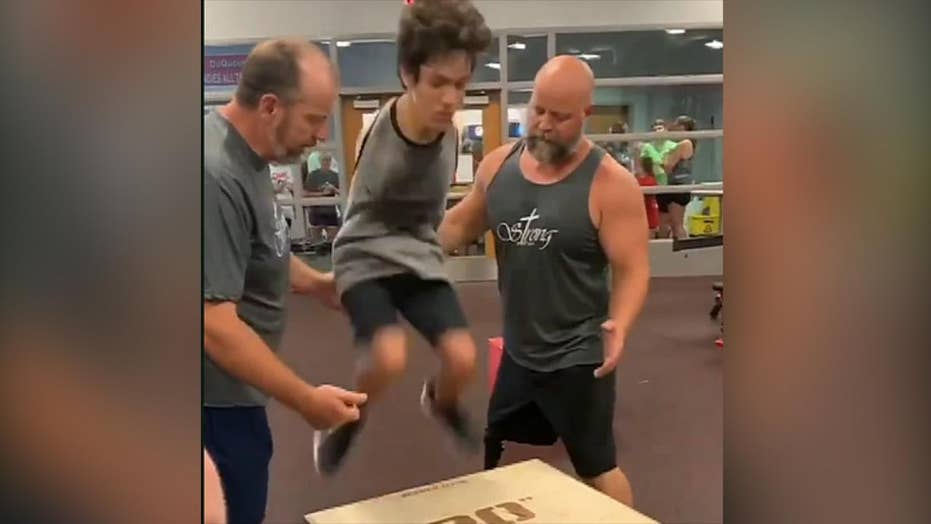 The fourteen year old paraplegic was able to perform the exercise after training and lots of encouragement from coaches.

A 14-year-old Illinois boy who was born without arms accomplished a 20-inch box jump Sunday, an achievement captured in a video that has since gone viral.

“All the people that told you, ‘you can’t...’ Right here,"  Tim's coach, Sabrina Reiswig, said in the video after thumping her finger on the box. "Jump on it [the box], now."

A 14-year-old boy born without arms completed a 20-inch box jump Sunday in a video gone viral after bullies told him it was impossible.

"All the people who said I really, really couldn’t were in the front of my mind saying, ‘Just don’t do it,' 'You’re too weak to do it," Bannon told Chicago WLS, adding that he was in tears after he accomplished his goal.

He's since moved on to a new goal: Training for next month's Chicago Triathlon.

“He can help other kids that struggle the same way as he does and maybe they won’t have to struggle as much,” Tim's mother Linda Bannon told the station. 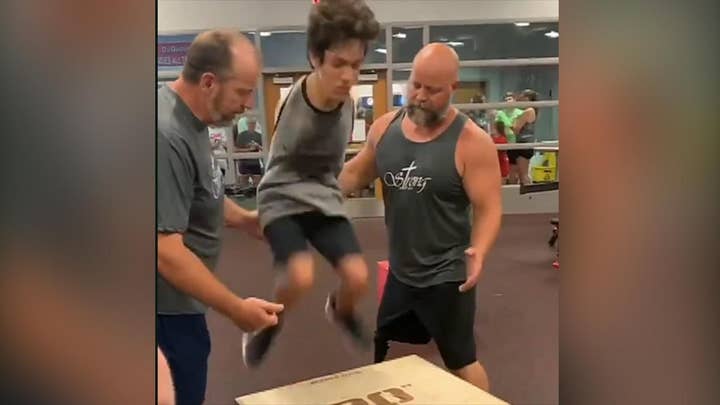 “I’m hoping when they see that video that they’re gonna be, like, ‘Holy cow, this kid can do it, I can do it too,’” Tim Bannon told the station, adding, "Don’t be a bully, be a buddy.”

The video has more than 4 million views on Twitter and has been liked more than 500,000 times on Instagram.