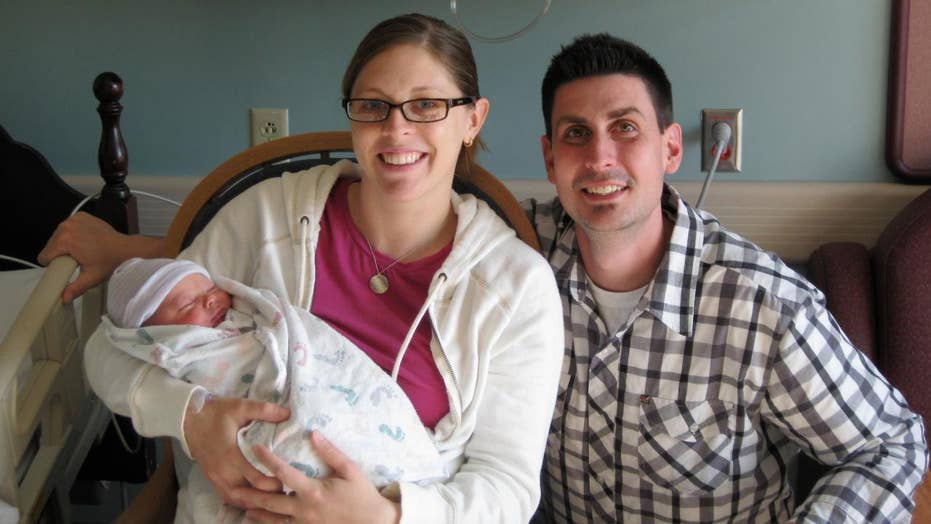 Why maternal death rates in the US continue to soar

The U.S. continues to see maternal death rates rise and yet 60 percent of these deaths are preventable, according to the CDC. Fox News’ Dr. Manny Alvarez, a high-risk obstetrician, discusses three of the most common types of pregnancy complications and what everyone can do to help end maternal mortality worldwide.

Tara Hansen was 29-years-old when she gave birth to her son Brandon. Her pregnancy had been a healthy one without any complications, according to her husband, Ryan Hansen.

“We made all the doctor's appointments, read all the books, did the classes, everything you expect to do during your first pregnancy,” Ryan told Fox News. “She gave birth and we had a healthy baby.”

But nearly 36-hours later, and now back at home, Tara started to experience flu-like symptoms, coupled with extreme exhaustion and fainting spells.

“She knew she didn't feel well. She knew her body shouldn't be as exhausted as she felt. She had pain in the delivery area and things of that nature and that kind of continued to the point where she just really knew that something was wrong and we needed to alert our physicians,” Hansen said.

Tara had contracted an infection and died six days after she gave birth.

She is one of the estimated 700 women who die in the U.S. from pregnancy or delivery complications a year.

Since his wife’s death, Hansen has created The Tara Hansen Foundation, an organization dedicated to the advancement of maternal health awareness.

60 percent of the maternal deaths in the U.S. are preventable.

“Having the realization that this wasn’t just her, just wasn’t our family, that this is an event that’s happening all across the country to different women in different places from different economic statuses. It’s alarming how many women die each year,” he said. “I wanted to do something to educate parents.”

According to the Centers for Disease Control and Prevention (CDC), 60 percent of the maternal deaths in the U.S. are preventable.

“Women in America back in 1990 had a better chance of surviving childbirth than her daughter does today,” Dr. Mary-Ann Etiebet, a physician and executive director for Merck for Mothers, a program that's run by the pharmaceutical company Merck to reduce the number of maternal mortalities throughout the world.

Etiebet said there are several reasons why the U.S continues to see maternal death rates rise. One being that there is limited data on maternal deaths, so many people don’t recognize it as a problem.

According to the World Health Organization (WHO), the U.S. is the only highly-developed country where deaths due to pregnancy or childbirth are increasing.

“A second reason is because more and more women are actually pregnant at the same time that they have other chronic conditions, whether it be diabetes, high blood pressure, obesity all things that increase their risk for maternal death,” Etiebet said.

Etiebet also said that doctors often don’t listen to their patients' concerns as much as they should.

“As a community, we don’t listen to women, we don’t respond to what they’re telling us and don’t integrate their needs,” Etiebet said. “We’re going to miss the warning signs and our ability to take care of women appropriately and save their lives.”

Hansen can attest to the issue of patients perhaps being overlooked by some physicians.

“I do wonder if the routine nature and the frequency of childbirth that maybe we became complacent,” he said. “Drawing on my experience it felt like you’re here, you had your baby and now you have X amount of days here and you go home, but this is a major medical event and I think to some extent maybe that was forgotten.”

To help increase patient awareness, Hansen created an initiative called “Stop, Look, Listen” with Rutgers Robert Wood Johnson Medical School, that he says will help educate parents and families to be better advocates for their own care.

“We ask physicians to stop and remove themselves from what they're doing and focus on me. I need them to look at the area at hand and I need them to listen to all of my concerns,” he said.

Fox News’ Dr. Manny Alvarez said any woman can have complications after the birth of baby. Here are three of the most common complications tied with maternal morbidity and the symptoms everyone preparing for a new baby should know:

Postpartum hemorrhage, also known as PPH is when a woman develops heavy bleeding after giving birth. It typically occurs within 1 day of giving birth, but may happen up to 12 weeks after having a baby.

Symptoms can include: severe bleeding, decreased blood pressure, increased heart rate, and a decrease in the red blood cell count.

“If you're soaking your pad more than one every hour or if you have a blood clot larger than the size of an egg, that's a sign that you need to seek immediate medical attention,” Dr. Etiebet said.

Postpartum preeclampsia is the combination of high blood pressure and signs that some of the organs, like her kidneys and liver may not be working correctly. It’s often associated with swelling in the feet, legs and hands. Other symptoms may include severe headaches, changes in vision and nausea or dizziness.

Most cases of postpartum preeclampsia develop within 48 hours of childbirth, but it can sometimes develop up to six weeks or later after childbirth, according to the Mayo Clinic.

Pulmonary embolism (PE) is a blockage in one of the pulmonary arteries, the blood vessels that carry blood from the heart to the lungs. The blockage is normally caused by a blood clot that forms in the legs or lungs. Some studies suggest PE causes 20 percent of maternal deaths. Symptoms can include: shortness of breath, chest pain, cough and leg pain or swelling.