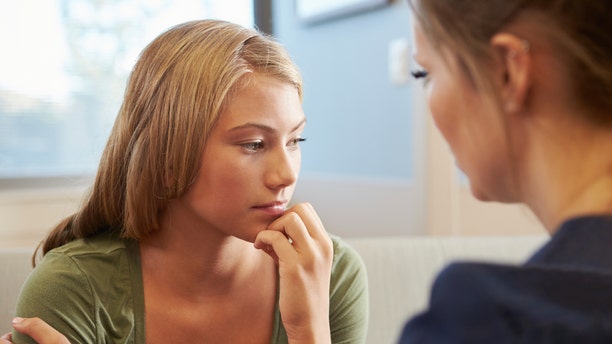 Anxiety disorders often emerge in adolescence, when the brain goes through massive changes and new genes are expressed. Now, researchers have found a gene that may be a factor in the general peak of anxiety during this time.

They also found that carrying a common version of this gene may protect people from anxiety.

"We were interested in why it's that anxiety peaks in adolescence, and in understanding the factors that might increase risk for anxiety to help target intervention and treatment," said study author Dylan Gee, an assistant professor of psychiatry at Weill Cornell Medicine in New York.

In the study, Gee and her colleagues focused on a genetic factor linked with anxiety that is also involved in asystem called the endocannabinoid system. This system includes a number of signaling molecules — along with receptors and enzymes — that are involved in regulating appetite, pain and mood. (It's also the system that responds to the psychoactive effects of cannabis.)

As a person enters adolescence, changes in gene expression increase the number of cannabinoid receptors in the brain. The levels of enzymes and signaling molecules fluctuate as well, altering the communication throughout this system. But exactly how the communication is altered depends on which version of certain genes a person has. [Top 10 Mysteries of the Mind]

In the new study, the researchers focused on the gene that encodes a regulatory enzyme called FAAH. Most people carry the default version of the FAAH gene, but 20 percent carry a variant. Depending on which one a person carries, the levels of the FAAH enzyme could increase or decrease during adolescence, which affects brain development differently.

Using brain scans from 1,050 children and young adults ages 3 to 21, the researchers investigated the effects on the wiring of the brain of those people who carried default or variant FAAH. Specifically, they looked at the neural tract that connects the brain's limbic structures, which are involved in emotions such as fear and anger, to frontal areas of the brain, which govern a diverse set of functions.

The results showed that the study participants who carried the gene variant had a stronger connection between their limbic and frontal brain areas, compared to those who carried the default gene. They also reported less anxiety.

The stronger connection between frontal and limbic areas might mean that in these people, the frontal areas are better at regulating fear responses in the limbic areas, effectively controlling anxiety levels, the researchers suggested.

Interestingly, however, this difference between the two groups was seen only in the participants who were older than 12. In other words, the difference appeared to emerge as people entered adolescence.

"We discovered that genetic variation in this endocannabinoid signaling emerges in adolescents, when anxiety peaks, but not in children," Gee said.

The researchers repeated these observations in mice genetically engineered to express humanlike variants, according to the study, published today (March 21) in the journal Proceedings of the National Academy of Sciences.

The findings highlight just one factor among many that may contribute to the emergence of anxiety in adolescence. "We know there are so many different factors — biological, environmental, genetic — that all interact together," Gee said. "The new study helps to understand how genetic variation can emerge at different stages of development."

About 25 percent of people develop an anxiety disorder in their teen years, and 6 percent develop a severe form of an anxiety disorder during this time. Currently, the first, and gold-standard, treatment for anxiety is cognitive behavioral therapy, a method that aims to change a person's attitude in the face of problems and difficulties. Sometimes anti-anxiety medications as well as SSRI antidepressants are used to treat anxiety. [5 Controversial Mental Health Treatments]

The new findings are early, and need to be confirmed with further research. But if they hold true, they could help researchers fine-tune the biological targets that they look at when developing new medications for anxiety, and help optimize treatments that are better-tailored to developmental stages and individuals' genetic makeup, the researchers said.