Genetically modified foods may get label in California 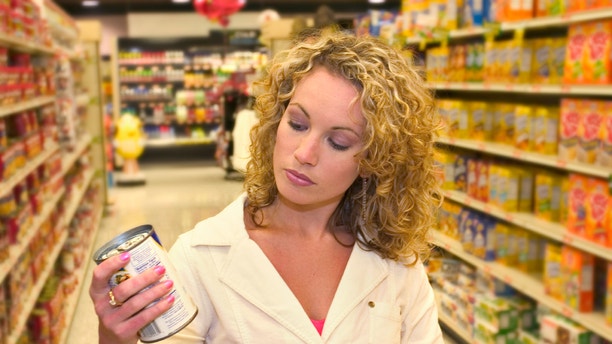 California voters will soon decide whether to require special labels for food made from genetically modified ingredients, in a closely watched test of consumer attitudes about the merits of genetically engineered crops.

Advocates collected more than half a million signatures supporting the stronger labeling requirements, and the secretary of state this week certified the measure for the state's November ballot.

If it passes, California would be the first state to require labeling of such a wide range of foods containing genetically modified organisms, or GMOs.

The proposal would require most processed foods by 2014 to bear a label telling shoppers that they contain ingredients derived from plants whose DNA was altered with genes from other plants, animals, viruses or bacteria.

Many backers of similar legislation in more than a dozen states say the intent is to give consumers more information about what they're eating, and foster transparency and trust in the food system. Major agricultural groups and the processed food industry oppose stricter labeling, saying it risks sowing fear and confusion among shoppers.

If the measure passes, most raw or processed food made from plants or animals with engineered genetic material would need to be labeled, although certified organic foods and alcohol would be exempted. Meat and dairy products also would not require a label if the animals are fed with genetically engineered grains, which the initiative's opponents say amounts to a loophole.

"Consumers have a fundamental right to know what is in their food and make choices, so I think everyone should be working toward this," said Albert Straus, president of the Straus Family Creamery, a popular organic dairy in Petaluma. "Our labeling costs do not go through to the consumer."

Straus avoids using genetically modified feed for his herd. His creamery became the first in the country to be voluntarily certified as GMO-free in 2010.

Organic farmers say they stand to benefit from more informed consumers who may reject genetically modified products and instead choose organic food.

The Food and Drug Administration is considering a petition to label genetically engineered foods nationwide.

The Organic Consumers Association has said labeling GMO ingredients in the U.S. also would make domestic markets more competitive with markets in the European Union, which imposes guidelines on informing consumers about genetically modified food.

Labeling opponents in California, however, say the measure could spark frivolous lawsuits brought by citizens who believe a product is mislabeled, even if they don't claim to have been harmed.

"This could become a lawsuit magnet well beyond the borders of California," said Tom Scott, executive director of the Sacramento-based California Citizens Against Lawsuit Abuse. "You're just going to see trial lawyers walking up and down grocery store aisles saying this doesn't meet the labeling requirements."

The change could also place a new financial burden on farms, said Jamie Johansson, an Oroville farmer who is second vice president of the California Farm Bureau Federation.

"Then, of course, there are the legal concerns about verifying that you are GMO-free," he said.

California Secretary of State Debra Bowen also certified seven additional initiatives for November, including a proposal to modify California's strict three-strikes sentencing law by making a life sentence on a third strike possible only when the new conviction is serious or violent.