From birth to death, diet affects the brain's health 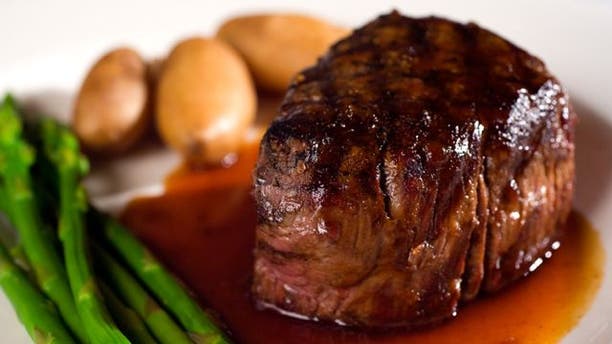 Sound body, sound mind, the saying goes. Now, scientists have found support for this adage in researching showing that poor diets may adversely affect mental health in all stages of life, from fetal development through old age.

Studies presented here today at the Society for Neuroscience annual meeting find that the typical, modern Western diet, when consumed by the mother, may hinder the development of a baby's brain while still in the womb. That same diet can lead to depression among adolescents, and contribute to dementia and Parkinson's disease in older adults.

One study examined a high-fat diet in pregnant monkeys. Researchers at the Oregon National Primate Research Center in Beaverton, Oregon, found that baby monkeys exposed to a high-fat diet in the womb were born with fewer dopamine fibers and receptors in a brain region called the prefrontal cortex.

Because dopamine helps regulate the brain's food-reward pathway, these monkeys grew up craving more flavorful, high-fat, high-calorie foods to satiate their appetites, said lead author Dr. Heidi Rivera, a researcher at the center. As a result of this behavior change, the monkeys built up excess fat tissue early on, and such fat is hard to shed. [3D Images: Exploring the Human Brain]

In a similar study on mice, presented here on Monday, Duke University researchers found that a mother's high-fat diet triggers brain inflammation in the developing fetus, leading to anxiety and hyperactivity in the offspring. This supports observations in humans that obesity in pregnancy is associated with childhood attention deficit hyperactivity disorder (ADHD), said Dr. Staci Bilbo of Duke, who led the study.

Diet and the teenage brain

Turning from in-utero development to the teenage years, researchers at Emory University School of Medicine in Atlanta found that a high-fructose diet may exacerbate depressive-like symptomsin adolescents.

Fructose, or fruit sugar, is found naturally in fruits and vegetables but is added in unnatural amounts to beverages and processed foods, often the staples of the teenage diet. A team led by graduate student Constance Harrell found that rats fed a high-fructose diet for 10 weeks showed an altered hormonal response to stress at a genetic level. The response was consistent with what is seen in people with depression.

Harrell said that such a profound dietary effect is of particular concern during the human teen years, a critical time for the development of the brain's stress response.

Researchers from the Australian National University found that the obesity epidemic may be contributing to the dementia epidemic. A study led by Dr. Nicolas Cherbuin followed 420 cognitively healthy adults who were in their early 60s at the study's start. Over an eight-year period, the team tracked changes in the participants' body weight as well as the size of each person's hippocampus, a region in the brain critical for long-term memory.

As estimated from brain scans, the hippocampus shrunk with each pound packed on at a rate of 7.2-percent shrinkage for every 2-point increment in BMI (body-mass index, a measure of obesity). Normal shrinkage at this age is only about 0.5 to 1 percent, Cherbuin said.

Calorie restriction has been shown to slow the aging process in mice and monkeys. Now, researchers at Monash University in Melbourne, Australia, have identified a hormone that may provide the same benefits, only without the need to so drastically reduce what people eat.

The hormone is ghrelin, the so-called "hunger hormone" that helps regulate appetite. The Monash team worked with mice that were placed on a calorie-restricted diet and were genetically engineered so that they would not produce ghrelin. These mice did not live longer than mice that were not on a diet, demonstrating that ghrelin may be a key element in providing longevity benefits in such a diet.

The researchers then injected ghrelin in mice with Parkinson's disease and found changes in the animals' brains associated with a decrease in cell loss from Parkinson's.

Jacqueline Bayliss, a graduate student who presented the study, stressed that this is an early phase of research, however promising for the treatment of Parkinson's.

Together, these independent studies "demonstrate the complex effects that diet and obesity have on brain health, mental function and behavior," said Dr. Ralph DiLeone of Yale University, an expert in neurobiology who was not associated with any of the presented research. "[D]eepening our understanding of those relationships … may eventually lead to better treatments for many neurological disorders."

Copyright 2014 LiveScience, a TechMediaNetwork company. All rights reserved. This material may not be published, broadcast, rewritten or redistributed.