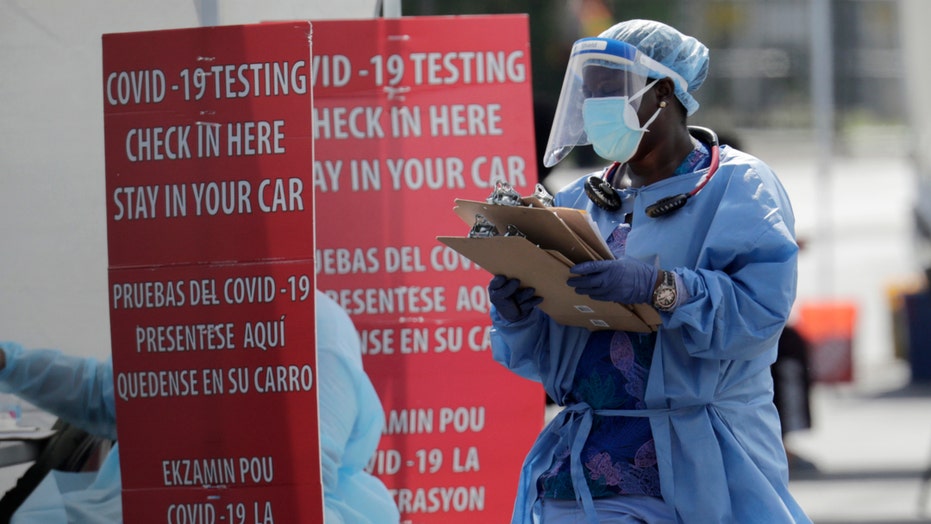 Some Florida labs may only be reporting positive COVID-19 test results: report

Florida set a record high in daily coronavirus deaths on Tuesday, with 132 lives lost to the virus.

The figure marks the most deaths announced in the state in a 24-hour period, though not all the deaths necessarily occurred in that time frame.

So far a total of 4,409 deaths and 291,629 cases have been reported in Florida, according to the state health department.

Intensive care unit capacity data from the state’s Agency for Health Care Administration, which is constantly being updated, confirmed the dire situation.

As of Wednesday morning, the agency reported that 54 hospitals with adult intensive care units were at full capacity.

“We’re in a situation now here, in Miami-Dade County in particular, where we see some of metrics have risen, certainly the number of positive tests which are an indicator, but not necessarily the most important, but we have seen, of course, increases in visits to the emergency department and in hospital admissions, particularly over the last three weeks…”

DeSantis said a lot of the hospital admissions, particularly in the southern part of Broward County, are from Miami-Dade residents.

“Dade right now is the place where we’re seeing the most spread and then, obviously, the most clinical consequences,” the governor said.