At least seven people in San Diego, Calif., have died in the last two months from a rare but serious bacterial infection linked to black tar heroin use, county officials announced this week.

In a Wednesday statement, officials with the San Diego County Health and Human Services Agency said the seven people, who were not identified, died of a bacterial infection called myonecrosis. The severe “flesh-eating” soft tissue infection destroys muscle, according to the statement. Symptoms often include fever, increased heart rate, blisters with a foul-smelling discharge and pale skin that quickly turns gray, dark red, purple or black, among other signs.

Between Oct. 2 and Nov. 24, nine people — all of whom injected black tar heroin — were admitted to various hospitals in the county with severe myonecrosis. Four of the patients were female, while five were male. Their ages ranged from 19 to 57, said officials.

In the statement, officials warned that illicit drug users — especially those who use black tar heroin — are at heightened risk of developing wound botulism, “a rare, but serious illness that attacks the body’s nerves.”

Signs of wound botulism, which can mimic those of a drug overdose, often include weak or drooping eyelids, blurred vision, dry mouth, slurred speech, trouble swallowing, difficulty breathing and “progressive symmetric paralysis that begins at the face and head and travels down the body,” according to the statement. 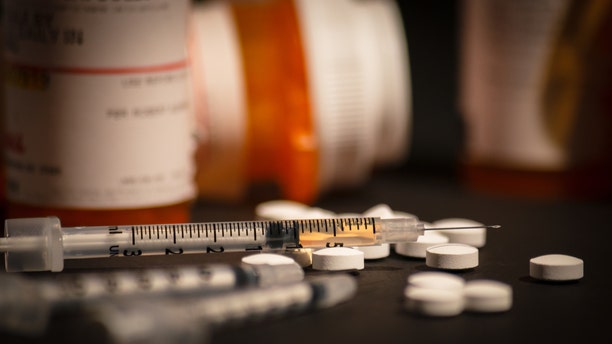 Between Oct. 2 and Nov. 24, nine people — all of whom injected black tar heroin — were admitted to various hospitals in the county with severe myonecrosis. Four of the patients were female, while five were male. Their ages ranged from 19 to 57, said officials. (iStock)

At least one case of wound botulism associated with black tar heroin use was confirmed in San Diego County in October, while a total of 13 confirmed and probable cases have been reported in Southern California since the beginning of September.

Black tar heroin, according to the National Institute on Drug Abuse, is a “sticky like roofing tar or hard like coal and is predominantly produced in Mexico and sold in U.S. areas west of the Mississippi River.”

The dark color of the illicit drug results from “crude processing methods that leave behind impurities,” it adds. Black tar heroin is typically dissolved or diluted and then injected under the skin, into muscles or veins.

The source of the black tar heroin used by some people in San Diego is currently unknown, officials said, noting an investigation into the matter is ongoing.

San Diego residents experiencing drug addiction or a substance use disorder can call the county’s Access and Crisis Line at (888) 724-7240.