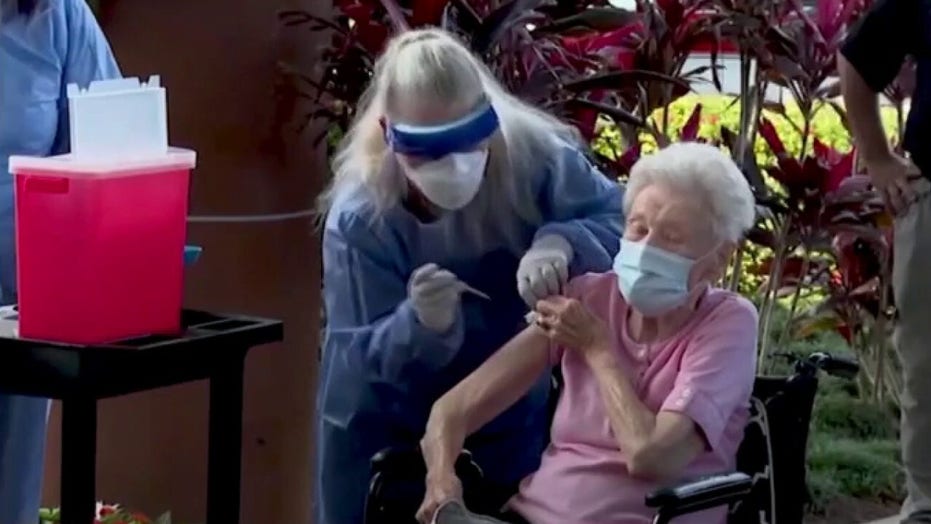 Former CDC Director Dr. Tom Frieden breaks down the good news and bad news when it comes to the highly-contagious new strain of COVID-19 spreading abroad.

U.S. health advisers sharply criticized an experimental arthritis drug Thursday, saying that it was too risky, even with limits on its use.

The expert panel for the Food and Drug Administration voted 19-1 that the drug’s modest benefits don’t outweigh its considerable risks, even with proposed measures to restrict who gets the medicine. Pfizer is seeking FDA approval of the drug, called tanezumab, to treat pain from mild to moderate arthritis in the hips and knees. It is given by injection every two months.

In studies, a small percentage of participants saw their joint damage get worse faster, sometimes requiring hip or knee replacements. Others had swelling or nerve damage. In some, healthy joints were damaged.

"I’m concerned about the long-term side effects," said Dr. Lee D. Katz, a radiology expert at Yale University School of Medicine, citing the physician’s oath to "first do no harm."

The FDA is not required to follow recommendations or advice from its outside experts, but usually does. A detailed review of the drug by FDA staff members reached the same conclusions as the panel.

In a statement, Pfizer said it was disappointed in the vote on the drug, which has been in development for 15 years.

"We will continue to work with the FDA to determine next steps," said Jim Rusnak, chief development officer for internal medicine.

During a hearing that spanned two days, many of the experts noted tanezumab didn’t work better than nonsteroidal anti-inflammatory drugs commonly used for arthritis pain, such as Aleve and Celebrex. They also raised concerns that while people would likely be taking the drug for many years, study participants were only followed for about a year in the longest study.