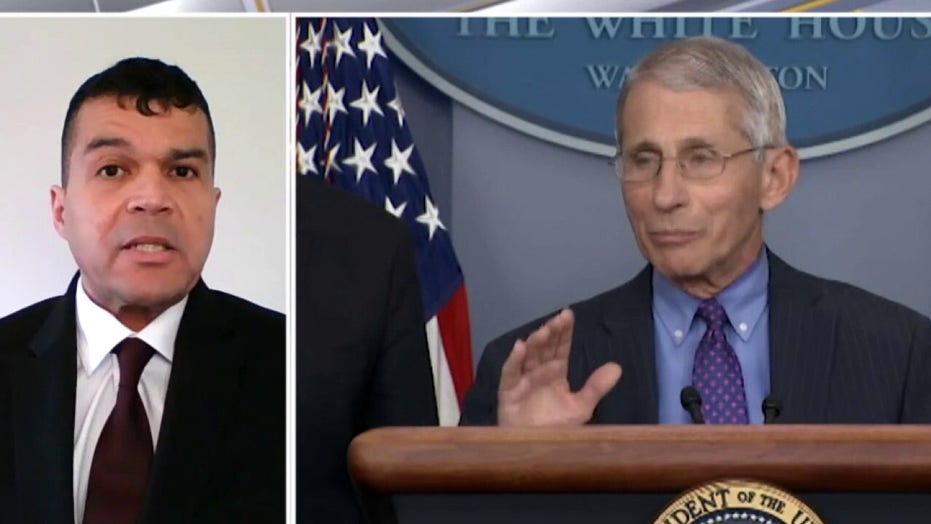 Critics of Dr. Anthony Fauci took to social media to mark one year since the "60 Minutes" interview in which the country’s top disease expert seemed to downplay the use of masks to prevent the spread of the coronavirus.

Fauci, the director of the National Institute of Allergy and Infectious Diseases, has since been a fierce advocate for mask-wearing to prevent the spread of the deadly virus. But former President Trump and his advocates seized on the interview as an example of an early misstep.

Fauci told "60 Minutes" at the time that there was "no reason to be walking around with a mask."

"When you’re in the middle of an outbreak, wearing a mask might make people feel a little bit better and it might even block a droplet, but it’s not providing the perfect protection that people think that it is. And, often, there are unintended consequences — people keep fiddling with the mask and they keep touching their face," he said at the time.

Dr. Jon LaPook, the correspondent for "60 Minutes" who interviewed Fauci, pointed out that shortly after the interview additional information emerged about the virus and its transmission and health officials—including Fauci—changed their minds on masks for the general public. The Centers of Disease Control and Prevention updated its guidance on April 3, and recommended that people start wearing face coverings.

Fauci told CBS’ "Face the Nation" on April 5 that he would recommend following the CDC's mask guidance. He called mask use an additional way to help prevent the spread of the disease.

Fauci told CNN last month that whether Americans wear masks into 2022 "depends on the level of dynamics of the virus that's in the community... If you see the level coming down really, really very low, I want it to keep going down to a baseline that's so low, that there's virtually no threat – or not no. It'll never be zero, but a minimal, minimal threat that you will be exposed to someone who is infected."