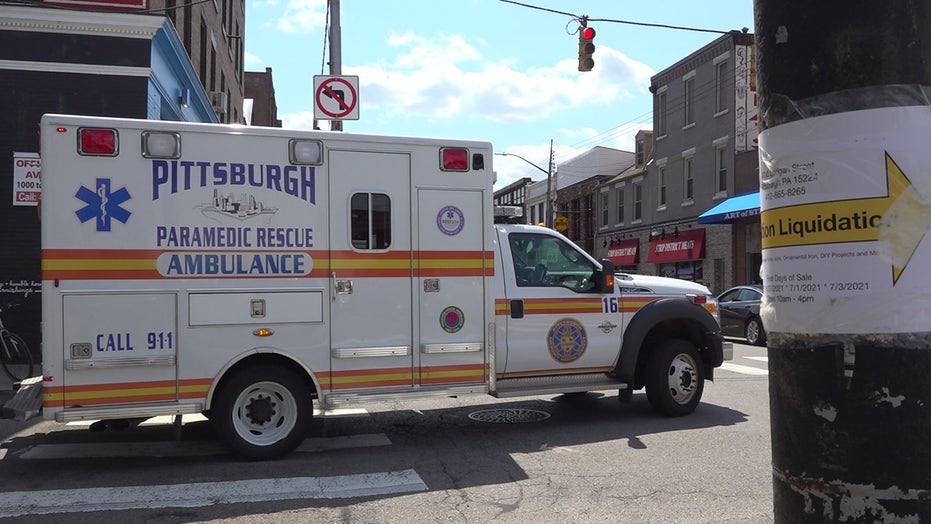 Isolation, anxiety, stress and the fear of contracting COVID-19 created barriers to treatment, according to addiction experts.

Drug overdose deaths soared to a record 93,000 in 2020, according to provisional data from the Centers for Disease Control and Prevention.

Hard-hit communities across the U.S. hope to combat that morbid milestone in the nations's drug epidemic.

In Allegheny County, Pennsylvania, home to Pittsburgh, the rate of overdose deaths noticeably surpassed that of the entire Keystone State, which saw a 16% increase to 5,172 overdose deaths

The county’s chief medical examiner reported drug overdoses increased 22% from 2019 to 689 fatalities. Opioids were involved in 92% of the county’s accidental overdose deaths in the first and second quarter of 2020, on average, according to the Allegheny County Department of Health and Human Services.

In Pittsburgh, Assistant EMS Chief Mark Pinchalk has seen a spike in fatal drug use. Pinchalk said the department furthered their Narcan ‘leave behind’ program during the pandemic to ensure known opioid users would have lifesaving treatment. (Stephen Goin, Fox News)

"Seems like we’re seeing a lot more of this and we’re seeing big clusters of it, we’ll have two, three, four people overdosing at the same time," Pinchalk said.

At their home near Pittsburgh, Sherry Jo Matt and Tom Bott also felt the impact of the scourge. Their daughter, Siena, died from a fentanyl overdose in September.

"She lit up a room, her heart was pure, she would do anything for anybody and the only person at the end of the day Siena ever hurt was herself," Matt said. "The demons of mental illness and the shackles of addiction took over who she really was at her core."

The couple said their daughter had moved home from college last spring to escape bad influences. They believed she had turned a corner before her death.

Isolation, anxiety, stress and the fear of contracting COVID-19 created barriers to treatment, according to addiction experts.

Volkow said the proliferation of synthetic opioids, and the mixed use of opioids and other drugs, also played a substantial role in the rise of drug overdose deaths.

ESTIMATES SUGGEST DRUG OVERDOSES ON THE RISE SINCE CORONAVIRUS OUTBREAK

"The other problem is people using polypharmacy now, people using opioids or fentanyl and cocaine or meth," Pinchalk said.

While Pittsburgh EMS limited the use of special response teams for months due to COVID-19, Pinchalk said Pittsburgh’s emergency responders used a number of tactics to combat drug concerns locally.

Pinchalk said the department furthered its Narcan "leave behind" program during the pandemic. After responding to an overdose call, paramedics provide additional doses of Narcan to ensure known opioid users would have the lifesaving treatment needed to reverse fatal side effects.

"We’re in the process in conjunction with the University of Pittsburgh and the poison center, starting what’s called a warm handoff system, where we’ll put these people in touch with a physician and get them scheduled with an appointment for care before we leave the scene," Pinchalk added.

In some states, officials hope to boost recovery efforts with a tentative $26 billion settlement with Johnson & Johnson, and three U.S. drug manufacturers after a lawsuit claimed they fueled the opioid epidemic. In approved, the settlement would fund opioid treatment.

After their daughter’s death, Matt and Bott said they were compelled to disclose the overdose in Siena’s obituary. The grief-stricken parents told Fox News they channeled their pain into a foundation in their daughter’s honor called Stop the Judgement Project, which helps break the stigma surrounding drug abuse and mental health struggles.

"Until we stop hiding as parents of addicts and addicts and we’re open and honest about this we can’t change this," Matt said.

Stephen Goin joined Fox News in 2021 as a multimedia reporter based in Cleveland, Ohio.