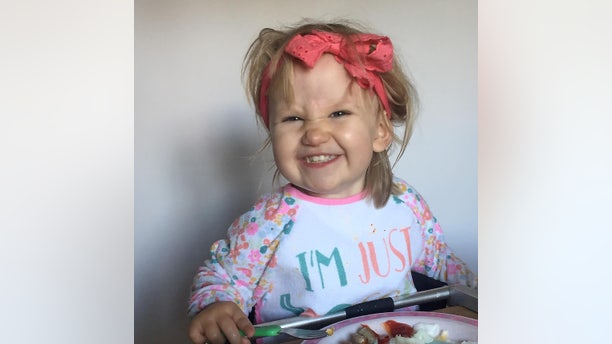 A toddler died just 24 hours after being admitted to hospital with a "chest infection" after a doctor who examined her failed to test for sepsis, an inquest heard. (SWNS)

A second doctor who failed to screen an ill toddler for sepsis has apologized to her grieving family after she died less than 24 hours after being misdiagnosed with a “chest infection.” Dr. Claire Verey, who examined Marcie Tadman in December 2017 after she was admitted to Bath’s Royal United Hospital, said her diagnosis was “based purely on the Marcie I saw in front of me.”

Verey, who was speaking during an Avon Coroner’s Court inquest, did not use a sepsis screening tool, and had determined that the toddler’s symptoms were “bacterial pneumonia.”

“This is my only explanation for not doing the sepsis test,” she said, according to SWNS. “I cannot fully explain why sepsis didn’t pop up in my head. It’s just I genuinely felt that all the signs pointed to pneumonia. Rather than using the screening tool, I used my own judgment looking at Marcie as she was in front of me. I apologize wholeheartedly for what happened to Marcie.”

Marcie landed in the emergency room after her symptoms, which had first been diagnosed by Dr. Victoria James as an “upper respiratory tract infection,” began taking a turn for the worse.

Her father said that Marcie’s cough was worsening, and when it stopped in the middle of the night he went to check on her and found the toddler “awake and listless,” according to SWNS. He then rushed her to the emergency room, where he claims staff was inattentive and lacked urgency.

“Doctors and nurses kept coming in and out throughout the day, and they all said there was nothing to worry about,” he told the inquest, according to the news outlet. “They said we’d be back home in two days. They told me not to worry.”

He said his daughter was diagnosed with a “chest infection,” and was told the recommended course of treatment was antibiotics, but the medicine failed to show for several hours. He claims he was told his daughter would be transferred to the pediatric ward, but that she still had not received the medicine after six hours of being admitted.

He claims that at one point, another staff member questioned why Marcie hadn’t been moved into the ICU, but by that point his daughter’s condition had rapidly deteriorated.

“As they started to move her, Marcie looked at me, looked straight into my eyes, and took one big breath,” he said, according to SWNS. “Then she seemed to turn off as she exhaled and went limp.”

Marcie died after several hours of attempted resuscitation. Her death was attributed to group A streptococcal infections, including sepsis and pneumonia.

“There’s definitely lessons to be learnt,” Verey told the inquest. “Pediatric sepsis is a difficult area, but it’s getting far better trained. You have to be more cautious with everything you do with a child, which is why making a diagnosis of sepsis can be so much more difficult.”

“I know that thought crossed my mind at the time, and meant that I maybe didn’t get a drip in to start giving antibiotics perhaps as quickly as the sepsis guidelines dictated,” she said. “The sepsis screening tool is designed to be quite a blunt tool, and it will pick up a lot of children who are far less ill than Marcie was and who maybe not need the full screening. Therefore rather than using the tool I used my judgement looking at Marcie as she was in front of me, and maybe that’s why she didn’t get the treatment.”