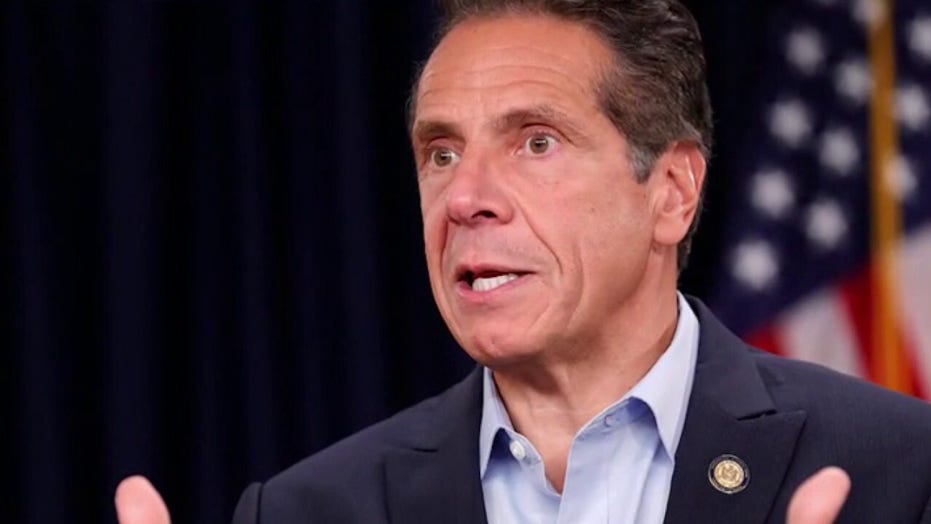 While the U.S. continues to grapple with new cases each day, Cuomo stressed that there are "significant increases" in localized clusters in Brooklyn, Orange and Rockland counties and the Southern Tier.

"We're coming into the fall and all the health experts say you have to be careful about the fall," Cuomo said in a statement. "People go indoors, colleges open, and it's flu season. We have spikes in other states and we have a global spike."

Of the 52,936 statewide tests reported Monday, 834 (1.5% of total cases) were positive. Ten zip codes in the state are said to account for 27% of Monday's new cases, the governor's office said.

To address the issue, the state can send Department of Health staff and rapid testing machines to the zip codes and local governments that are in need.

NYC SEES UPTICK IN CORONAVIRUS CASES IN YOUNG ADULTS, DE BLASIO WARNS THEY ARE 'NOT IMPERVIOUS'

"When we see clusters, we will jump in immediately and increase testing and compliance," Cuomo tweeted.

New York's latest effort will help the state "pinpoint and identify" the clusters to see where cases are coming from, Cuomo said. Health officials have already begun reaching out to the affected communities "to do additional testing and compliance measures in those areas," he said.

New York's increase in positive test results comes amid a number of spikes in other states in the U.S. as well as around the globe, in places such as France, Spain and Israel.

As of Monday, Cuomo disclosed that more than 800 new cases have brought the state's total to 456,460.