Critics of weight-loss device urge US regulator to reverse approval 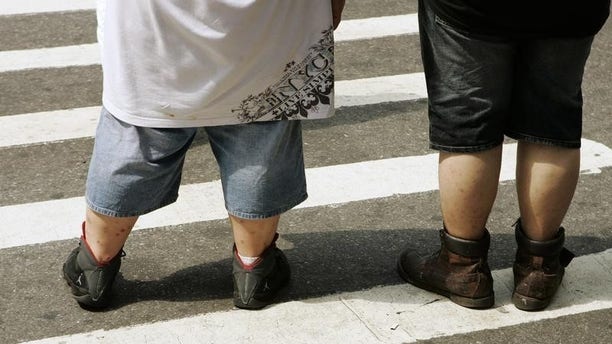 DELRAY BEACH, Fla. (Reuters) - Lotta Bosnyak takes extra time to chew the blueberries in her yogurt. Otherwise, she said, the device she credits with saving her life will not work.

The tube Bosnyak is referring to has been implanted into her stomach. She turns a valve and, standing over a toilet, drains out the yogurt.

The 52-year-old Delray Beach, Florida, resident was one of the first people to try the "AspireAssist" device four years ago in Sweden, where she is from.

"It's one of the best ways to change your relationship to food because it does require a lot of work on the patient's part," said Dr. Christopher Thompson, director of therapeutic endoscopy at Brigham Woman's Hospital in Boston.

"It's not just a procedure that's done and then they're off and they don't think about it anymore," he added.

The device, made by Pennsylvania-based biomedical company AspireBariatrics, was approved for use in the United States in June.

However, critics are urging the Food and Drug Administration to reverse its decision, saying the device mimics, promotes and could lead to potentially life-threatening disorders such as bulimia and binge-eating.

"This will likely prove to be yet another in a long line list of misguided, unsuccessful and dangerous products for losing weight," wrote Dr. Eva Trujillo, president of the Academy of Eating Disorders, in a draft of a letter to be submitted the FDA next week.

"Such a device may carry very serious physical and mental health consequences, including life-threatening situations, and should not be approved by the FDA," said the draft, which Reuters saw.

An FDA spokeswoman said the agency approved the AspireAssist because 12-month clinical trial data provided by the manufacturer demonstrated that the device offered a reasonable assurance of safety and efficacy. She did not comment on the letter because the agency had not received it.

Advocates of the device say it is less invasive and more cost-effective than bariatric surgeries and a powerful new weapon in the global fight against obesity.

"There is absolutely no medical evidence to suggest the use of this device could lead to an eating disorder," said Dr. Shelby Sullivan, director of bariatric endoscopy at Washington University School of Medicine in St. Louis, where the device has been tested.

"This isn't the cold or the flu," she added. "Obesity is a chronic disease that needs chronic treatment."

AspireBariatrics Chief Executive Officer Kathy Crothall said the treatment, including the device placement, lifestyle counseling, monitoring, and follow-up, should cost $8,000 to $13,000 for the first year, depending on where the procedure takes place.

"That is three times less than the average weight-loss surgery," Crothall said.

In the United States alone, 35 percent of the population is obese, a condition connected to heart disease, strokes, certain cancers and type 2 diabetes.

Bosnyak lost 150 pounds and rid herself of hypertension and type two diabetes over a year of using the device.

The Academy of Eating Disorders will keep trying to persuade the FDA to reverse its approval, saying the device sets a dangerous precedent. It said the agency had agreed to meetings with critics in the near future.