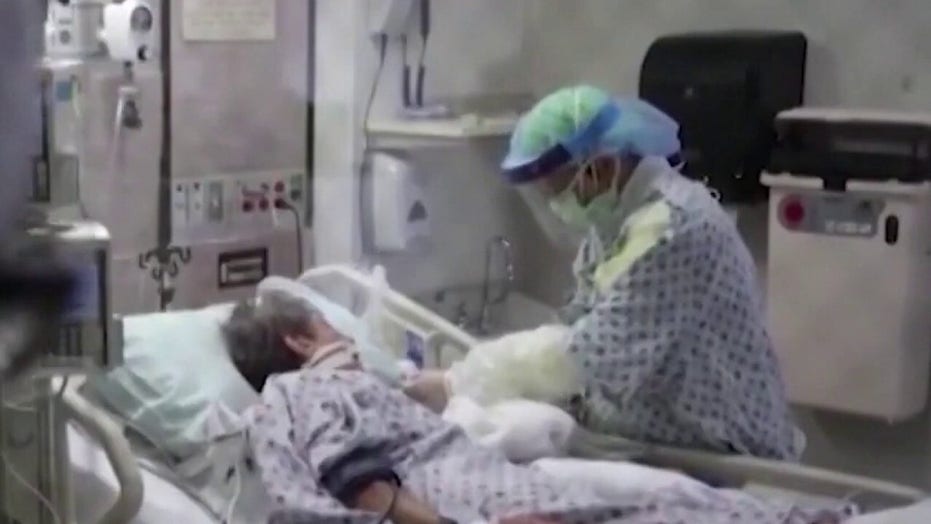 COVID cases climb, hospitalizations spike as much of California locks down

A Burning Man-like beach festival in Mexico became a hot spot for COVID-19 when a number of attendees contracted the virus and appeared to have carried it back with them to the U.S., a new report suggests.

Art With Me, a four-day art and music festival in Tulum, Mexico, which is now being referred to as a superspreader event, was held from Nov. 11 to Nov. 15. Attendees told the Daily Beast there was minimal social distancing and hardly any mask-wearing.

Checkmate Health Strategies, a private COVID testing company, has since said the majority of positive COVID tests administered in the past few weeks were from individuals who went to the Art With Me festival or those who came in contact with someone in attendance, the company told the outlet.

“I would say that 60-70 percent of my positives in the last couple weeks in New York City have been a direct result of either people coming back from Art With Me, or who have been directly exposed to someone who attended Art With Me. And I test in Miami as well, and my testers there tell me that a lot of their positives are people coming back from Art With Me,” Checkmate Health Strategies founder Eleonora Walczak told the Daily Beast.

Angelica, a New York City-based woman who asked Fox News not to reveal her last name, moved to Tulum during the pandemic and contracted the virus over the summer. She told Fox News a friend who went to the Art With Me parties became sick with virus symptoms back in New York.

"My friend was in Tulum on vacation during that time and she stayed in the hotel zone next to the festival," Angelica said. "She did go to the parties and some installations. She already started feeling bad in Tulum and by the time she landed in New York City she had all the [COVID] symptoms: headaches, fever, diarrhea, weakness, loss of scent — practically every symptom on the list except shortness of breath. It lasted at least a week until she was better."

The news comes as the CDC strongly urges against U.S. travel to Mexico, listing it at a level 4, or “very high” risk category — its highest level.

The World Health Organization on Nov. 30 deemed Mexico to be in “bad shape” following an uptick in deaths the week before, advising the country to take caution. As of Dec. 1, Mexico’s death toll surged to 105,940, the fourth-highest number in the world, with 1,113,543 confirmed cases of the new coronavirus.

“All I will say is that there was not one mask and I got more sick than I ever did in my entire life after that party,” one woman told the Daily Beast.

Event organizers allegedly issued guidelines to curb the spread; however, the individual who was reported to have contracted the virus after attending the festival said organizers served finger food with guests serving themselves.

Art With Me did not immediately return a Fox News request for comment.