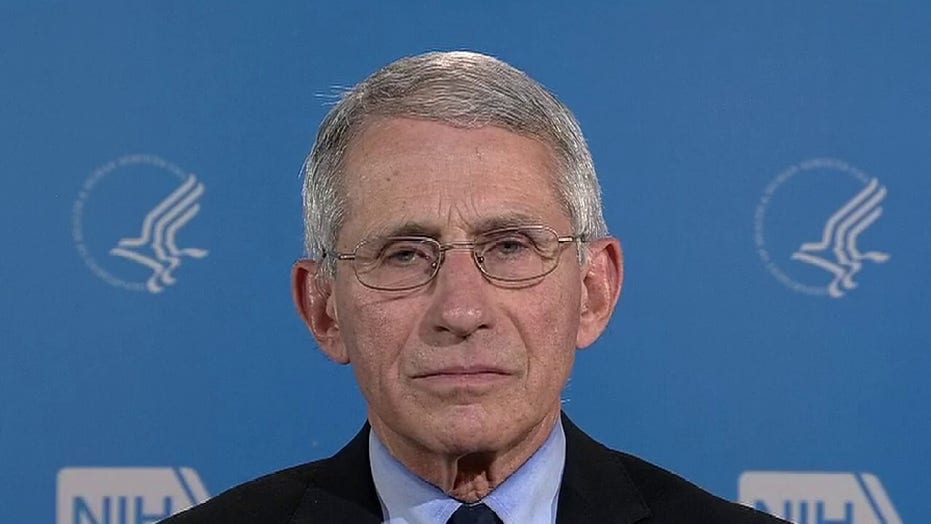 15 coronavirus cases confirmed across the US

The Centers for Disease Control and Prevention confirmed the 15th case of coronavirus in the U.S., adding Texas' first case and bringing California's total up to eight; Dr. Anthony Fauci, director of the National Institute of Allergy and Infectious Diseases weighs in.

The U.S. State Department is sending chartered planes to Japan Sunday night to evacuate the nearly 400 Americans who remain quarantined aboard the Diamond Princess cruise ship amid an outbreak of the coronavirus aboard.

PENTAGON TO EXTEND AVAILABILITY OF 4 MILITARY BASES TO HELP WITH CORONAVIRUS EFFORTS: OFFICIAL

About 380 Americans are aboard the Diamond Princess cruise ship, which has docked at Yokohama, a port city southwest of Tokyo. Passengers and crew have been subjected to a 14-day quarantine aboard the ship that’s expected to end Wednesday. So far, 285 people from the ship have tested positive for the new virus that began in China, after 67 new cases were found Saturday.

It was unclear how many people in total are aboard the ship and how many American citizens aboard have tested positive for the coronavirus.

On Saturday, the U.S. Embassy in Tokyo sent a letter to American citizens aboard the ship informing them the State Department was sending chartered flights that will depart Yokohama to the United States on Sunday. The embassy required a response by 10:00 a.m. Tokyo time.

“The U.S. government’s top priority is the welfare and safety of U.S. citizens,” a State Department spokesperson said in a statement. “The U.S. Embassy has been in continual contact with American passengers on the Diamond Princess since the quarantine began in Japan, and U.S. health experts have been working closely with Carnival Cruise Lines and the government of Japan to assess the unique circumstances on the Diamond Princess.”

A bus leaves a port where the quarantined Diamond Princess cruise ship is docked Saturday, Feb. 15, 2020, in Yokohama, near Tokyo. A viral outbreak that began in China has infected more than 67,000 people globally. The World Health Organization has named the illness COVID-19, referring to its origin late last year and the coronavirus that causes it. (AP Photo/Jae C. Hong)

“To fulfill our government’s responsibilities to U.S. citizens under our rules and practices, as well as to reduce the burden on the Japanese health care system, the U.S. government recommends, out of an abundance of caution, that U.S. citizens disembark and return to the United States for further monitoring.”

Passengers who opt to take the chartered aircraft will be subjected to a second 14-day quarantine in the United States at Travis Air Force Base in Fairfield, Calif., or Lackland Air Force Base near San Antonio, Texas.  Health authorities will screen all passengers from the ship prior to allowing them to board the chartered flights. No symptomatic or infected passengers will be allowed to board.

“We are working with our Japanese partners to ensure that any symptomatic passengers receive the required care in Japan if they cannot board the flight,” the State Department spokesperson said. “Should passengers choose not to return on this charter flight, they will be unable to return to the United States for a period of time. The Centers for Disease Control and Prevention will make a final determination on this matter.”

"These charter flights are the only opportunity for eligible passengers to fly to the United States until March 4, 2020, at the earliest,” the letter said. “This date is 14 days after the remaining passengers are expected to depart the ship on February 19.”

Smith complained about having to begin a new 14-day quarantine even though he was due to get off the ship next week.

"OK, so here's the thing: As long as the official plan by Japanese health officials is to release those of us who are still healthy from quarantine in just under four days, why would I want to interfere with that by taking up an offer from U.S. officials to fly us back to Travis?" he said on Twitter.

A woman from Utah was one of the American citizens aboard the Diamond Princess who tested positive for the coronavirus.

Jerri Jorgensen and her husband Mark were tested last week aboard the ship. Jerri was forced to disembark when she tested positive and was placed in isolation at a Japanese hospital, Fox 13 Salt Lake City reported. Mark meanwhile will be leaving Jerri behind and will be boarding the State Department plane back to U.S., where he’s to be placed under the second 14-day quarantine in either California or Texas.

A second American from Utah, John Haering, also tested positive for coronavirus aboard the Diamond Princess last week and was evacuated to a Japanese hospital for additional monitoring.