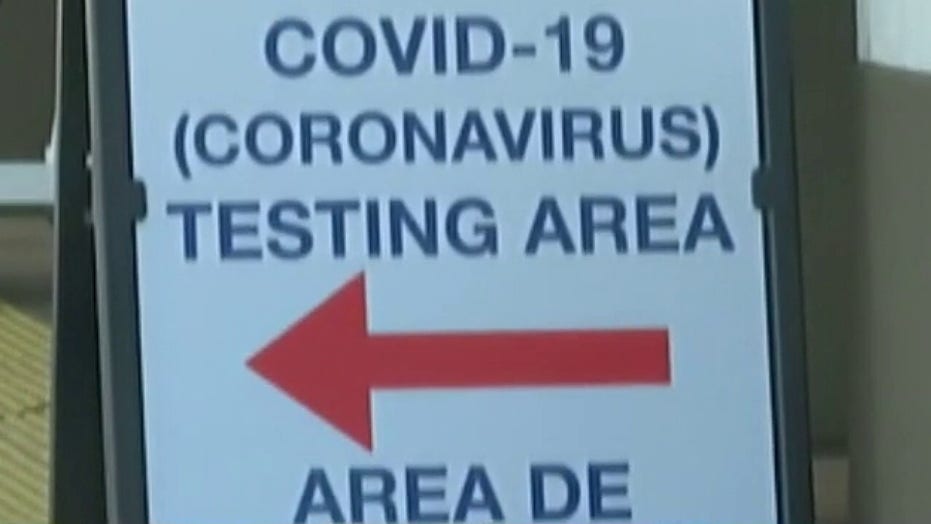 The number of U.S. deaths from coronavirus topped 2,000 on Saturday – just days after reaching the 1,000 mark.

The rising number signaled the rapid spread of the virus, also known as COVID-19, despite extraordinary public health measures in place across the nation that have closed businesses – grinding the economy to a near-halt -- and confined millions to their homes.

Confirmed infections also climbed by nearly 17,000 on Saturday, to a total of more than 121,000 nationwide.

Globally, Italy saw nearly 1,000 more deaths Saturday -- topping China in both cases and deaths -- and the Netherlands cracked into the top 10 in confirmed cases. The worldwide case total rose to nearly 650,000 and death toll topped 30,000.

New York continued to lead the U.S. in both confirmed cases and fatalities, with more than 52,000 people infected and more than 700 dead.

New Jersey, California and Washington state also remained high on both lists. But other states – including Michigan, Illinois and Louisiana -- were starting to see significant increases in their numbers.

In Michigan, the state’s Department of Health and Human Services reported a jump in confirmed cases of nearly 1,000 on Saturday and the addition of 19 deaths – bringing the state’s totals to 4,650 cases and 111 deaths, Detroit’s FOX 2 reported.

In Illinois, the number of cases rose to nearly 3,500 and the number of deaths to 47 – including one baby, according to Chicago’s FOX 32.

Illinois Gov. J.B. Pritzker pleaded with the public to continue heeding health officials’ calls for social distancing and limiting time away from home.

“It doesn't take that many people to break the rules and cause danger to the community,” Pritzker told the station. “People need to do what's right. Right now, the fact that you’re bored and you want to get a pickup basketball game with your friends? People are going to die if you don't stay at home.”

“It doesn't take that many people to break the rules and cause danger to the community. ... People are going to die if you don't stay at home.”

In Louisiana, where coronavirus cases were believed to have been accelerated by last month’s Mardi Gras celebrations, the fatalities included Bobby Hebert Sr., the 81-year-old father of a former quarterback of the NFL’s New Orleans Saints.

“My dad was the reason I made it in the NFL,” Bobby Hebert Jr. told radio station WWL on Friday, while his father was still ailing before his death Saturday, according to FOX 8 New Orleans. “He was a champion, a strong, good man. He was tough as they come.”

“My dad was the reason I made it in the NFL. He was a champion, a strong, good man. He was tough as they come.”

Hoping to contain the spread to the most severely affected areas, President Trump on Saturday said he was considering a mandatory quarantine for the New York City area, including the states of New York, New Jersey and Connecticut.

Trump ultimately decided against the plan, as the Centers for Disease Control and Prevention (CDC) issued a travel advisory for the area.

In New Jersey, Gov. Phil Murphy spoke out in no uncertain terms after authorities broke up a “corona party” of nearly 50 people on Friday night.

“Can’t believe I have to say this at all, let alone for the second time. But here we are,” Murphy wrote on Twitter.

“NO CORONA PARTIES. They’re illegal, dangerous and stupid,” he added, before repeating a previous warning.

“We will crash your party. You will pay a big fine. And we will name & shame you until EVERYONE gets this message into their heads.”