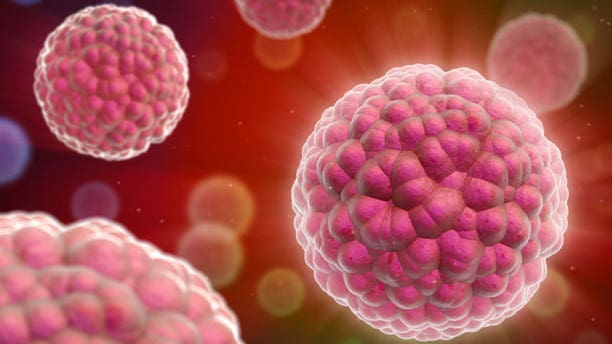 The global economic impact of the five leading chronic diseases—cancer, diabetes, mental illness, heart disease, and respiratory disease, could reach $47 trillion over the next 20 years, according to a study by the World Economic Forum (WEF).

The estimated cumulative output loss caused by the illnesses, which together already kill more than 36 million people a year and are predicted to kill tens of millions more in future, represents around 4 percent of annual global GDP over the coming two decades, the study said.

"This is not a health issue, this is an economic issue, it touches on all sectors of society," Eva Jane-Llopis, WEF's head of chronic disease and wellness, said in a telephone interview.

The research was published on Sunday, the eve of a two-day United Nations meeting on chronic, or non-communicable diseases (NCDs), which aims to draw up global action plans to tackle growing levels of death and illness from these costly diseases often linked to diet, tobacco, alcohol and exercise.

According to the World Health Organization (WHO), the worldwide NCD epidemic is expected to accelerate so that by 2030 the number of deaths from NCDs could reach 52 million a year.
While often thought of as diseases of the rich world, often linked to living on fatty, sugary foods, little exercise and too much alcohol and tobacco, NCDs now disproportionately affect those in poorer nations. More than 80 percent of NCD deaths are among people in low and middle income countries.

The WEF study, which was conducted with Harvard School of Public Health, found the cumulative costs of heart diseases, chronic respiratory diseases, cancer and diabetes in these poorer countries are expected to top $7 trillion in 2011-2025, an average of nearly $500 billion a year.

Mental health, which is typically left off lists of leading NCDs, will account for $16 trillion, a third of the overall $47 trillion anticipated costs.

Olivier Raynaud, the WEF's senior director of health, said the study showed how families, countries and economies are losing people in their most productive years.

"Until now, we've been unable to put a figure on what the World Health Organization calls the 'world's biggest killers'," he said in a statement. But these numbers suggest NCDs "have the potential to not only bankrupt health systems but to also put a brake on the global economy," he added.

The U.N. meeting is the only second-ever such high-level meeting to be held on a threat to global health and has been billed as a "once in a generation" opportunity to tackle the predicted wave of these diseases.

But health organizations fear big consumer firms selling processed foods, alcohol and cigarettes could hijack the meeting to protect their own interests and persuade governments away from setting targets or making firm commitments.

The WEF study used three modeling methods to calculate the costs of NCDs, the WHO's EPIC model, the Value of Statistical Life (VSL) approach and the Cost-Of-Illness (COI) approach.
It found mental illness and heart diseases alone account for almost 70 percent of lost output.
In 2010, the global direct and indirect cost of heart diseases, which currently kill more than 17 million people a year, was around $863 billion and is estimated to rise 22 percent to $1,044 billion by 2030.

Overall, the cost for heart diseases could be as high as $20 trillion over the 20 year period, it said.

"Think of what could be achieved if these resources were productively invested in an area like education," WEF's executive chairman Klaus Schwab said. "The need for immediate action is critical to the future of the global economy."