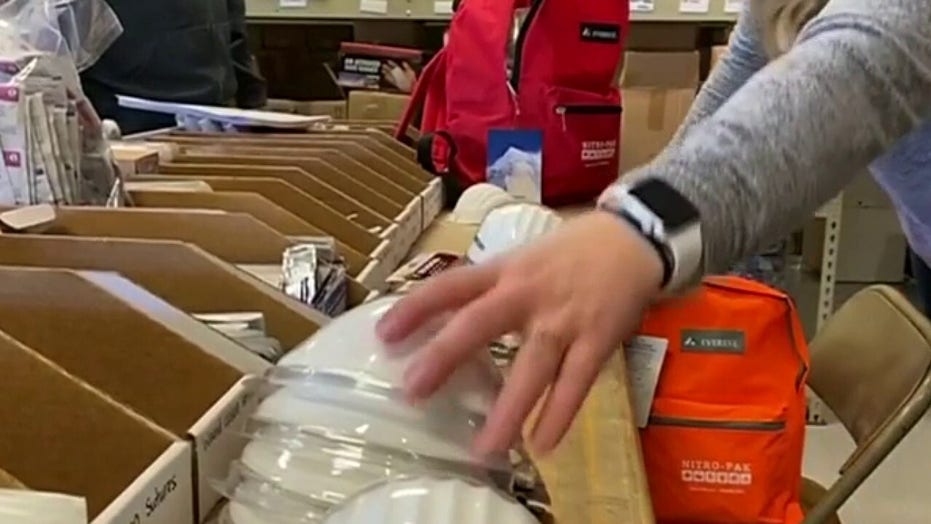 Federal health officials planned to drop off some cruise ship passengers at a shopping mall after their release from a two-week quarantine at a Texas air base, one of several reasons the city of San Antonio declared a public health emergency over the new coronavirus, a city spokeswoman said Tuesday.

The city filed a lawsuit Monday to halt the plan after a woman was mistakenly released from quarantine at a health care facility over the weekend despite testing positive. She had visited the North Star Mall — the same one where some of those released from Lackland Air Force Base were to be dropped off — before the mistake was discovered, prompting the mall to shut down for deep cleaning.

Laura Mayes, spokeswoman for the city of San Antonio, said that knowing about the plan from the Centers for Disease Control and Prevention was “part of why the city wanted to pause it, to minimize the threat to the community."

“We wanted to make sure things were orderly and done with as limited exposure as possible to the public," Mayes said. City officials also wanted more patient testing to assure nobody who was released tested positive.

A CDC spokesman reached after hours Tuesday did not comment on the plan involving the mall and would not say where the patient was released over the weekend. She said local, state and federal agencies helped coordinate the Lackland departures.

“Many factors were taken into consideration when determining how best to return the evacuees to their communities as safely as possible,” CDC spokeswoman Carol Williams said in an email.

ITALY TO CLOSE ALL SCHOOLS AND UNIVERSITIES AMID CORONAVIRUS SURGE

Lindsay Kahn, a spokeswoman for Brookfield Properties, which manages North Star Mall, said Wednesday that the company was not informed about any plan to drop off passengers and had no information about the person who was released over the weekend.

Passenger Terri Feil of Houston said a CDC official told them in a conference call Sunday that the mall, about 17 miles (27 kilometers) from the base, was chosen to avoid the media.

“My husband was asking, ‘Who made this decision?’” said Feil, adding that the couple's son was driving from Houston to pick them up.

Feil and her husband, David Feil, were among at least four passengers released late Monday after CDC officials said they were free to go. Their son picked them up at a Lackland gate around midnight.

“We were jumping up and down for joy,” said Terri Feil. “We were not going to give one person a chance to change their mind."

She said being isolated from family and other passengers since February “was like a nightmare you just kept waking up to each and every day."

San Antonio Mayor Ron Nirenberg, who had earlier said that only passengers who were symptom-free for the entire 14-day quarantine period would be released Tuesday, issued a statement saying he was “comfortable that the plan ... will minimize the risk of exposure,” and that passengers would not stay in local hotels and would go directly to the airport.

The patient who was released over the weekend visited the mall and the airport before she was brought back into isolation once the positive test was discovered, city officials said. There have not been any known cases of the illness being transmitted in the community, Nirenberg said.