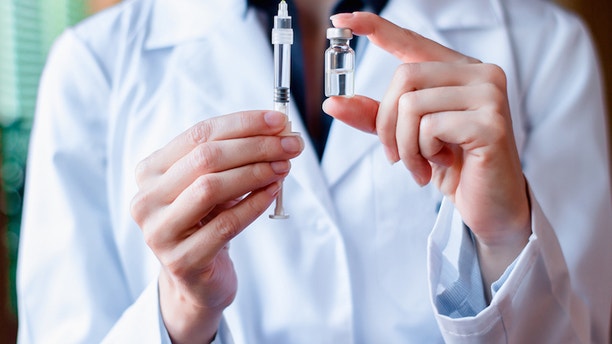 "Many other cancers might benefit from this approach," Wu said. (iStock)

In both studies, researchers used experimental cancer vaccines to treat patients who had the deadly skin cancer melanoma . And in both studies, tumors completely disappeared in more than half of the patients after they were given their cancer vaccines. The other patients were given another type of treatment that was aimed at further boosting the ability of the individuals' immune systems ' ability to fight cancer, and in some of those cases, these patients' tumors also disappeared.

Researchers are developing similar vaccines against other cancers as well, including a type of brain cancer called glioblastoma, kidney cancer, blood cell cancers and ovarian cancer, said Dr. Catherine Wu, a physician-scientist at the Dana-Farber Cancer Institute in Boston, who led one of the new studies. "Many other cancers might benefit from this approach," Wu said.

Ideally, any cancer treatment would target cancerous cells while sparing healthy cells. In the vaccine approach, scientists want to develop vaccines that carry molecules seen only on cancerous cells . Such vaccines could help the immune system recognize such cells as harmful, prompting the system to enlist its warriors, including T cells and other defender cells, to seek out and eliminate cancers.

Melanomas often have mutations resulting from the exposure of skin to ultraviolet rays . Such mutations can result in abnormal proteins seen nowhere else in the human body and known as neoantigens, which can prove useful targets for vaccines, said Dr. Cornelius Melief, a physician-scientist at Leiden University Medical Center in the Netherlands, who did not take part in either study.

In one of the studies, Wu and her colleagues vaccinated six patients who had previously undergone tumor-removal surgery. The vaccine they used was personalized for each patient; the researchers analyzed the DNA of cancerous and healthy cells from each person to identify tumor-specific mutations and their associated neoantigens.

Wu and her colleagues then used computer models to predict which neoantigens might be the best for immune cells to recognize. The scientists next gave the patients vaccines containing up to 20 neoantigens specific to each patient's cancer.

The researchers found that the vaccines were safe and triggered immune responses . Four patients showed no sign of the cancers recurring after 25 months. The other two patients, who had progressive forms of melanoma , were later treated with so-called checkpoint-blockade therapies, which block the mechanisms by which cancer sometimes suppresses a person's immune system. After this additional treatment, both patients underwent complete tumor regression.

"We were delighted to see a strong and consistent response among the six patients we treated," Wu told Live Science. "Vaccines can focus and mobilize the body's standing army of T cells."

In another study, Dr. Ugur Sahin at the University Medical Center of the Johannes Gutenberg University and Biopharmaceutical New Technologies Corporation, both in Mainz, Germany, and his colleagues analyzed the cancers of 13 patients, choosing up to 10 mutations per person to create vaccines tailored to the patients' cancers. These vaccines were made of RNA molecules , the compounds that encode the instructions used to make proteins such as neoantigens.

Sahin and his colleagues found that the vaccines boosted immune responses in all of the patients. Eight of the 13 patients remained free of tumors after 23 months. The remaining five had tumor relapses; however, one of these five experienced complete tumor regression after receiving checkpoint-blockade therapy.

Both studies were phase I clinical trials, meaning they were carried out with a small number of patients to test the safety of the treatment, and find the best dose of a new treatment with the fewest side effects. "These are small-scale studies that need to be confirmed with larger numbers of patients," Melief said.

Still, "these are exciting times," Melief said. "I think we are in for game changers in cancer."