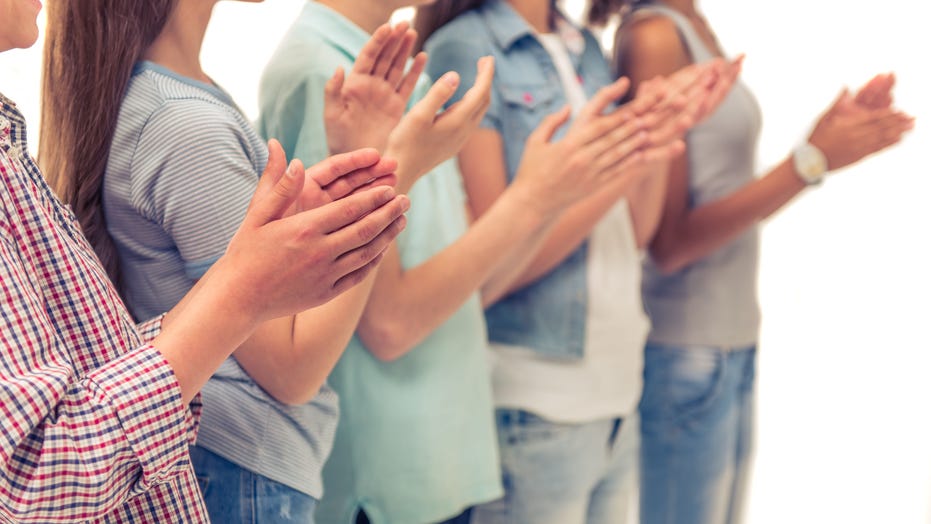 This is definitely a great way to start off the new year.

A 6-year-old boy received a standing ovation from his schoolmates when he returned to school after Christmas break. Over the holidays, the youngster reportedly received his final round of chemotherapy.

John Oliver Zippay was diagnosed with acute lymphoblastic leukemia on Nov. 1, 2016, Fox 8 reports. Two days after Christmas, however, he received his final round of chemotherapy after undergoing the treatment for several years.

As he entered the school and walked down the hallway of St Helen Catholic High School in Newbury, Ohio, on Wednesday, John was greeted by the school’s teachers and students.

"He's doing great! Yeah, he's feeling better,” his father told Fox 8. “A lot of his side effects over the years involved his legs from the steroids and he's doing great.”

His parents explained to the outlet that when he was first diagnosed, John had a meta-port in his chest and wasn’t able to do any physical activity for three years. “It was hard for them,” they said, “had to sit back for gym class and things.”

“(John) having to miss some of the time was tough, but the class was just so happy to see him come back,” Principal Patrick Gannon told Fox 8.

The school also had an assembly to celebrate the occasion, which included a video montage of the young man’s battle with the illness.

John’s mom discussed her son ending his treatment with Fox 8, saying, “You want that for your child, to grow up and get dirty and play outside and have fun and we kept him in a bubble so we're excited. Looking forward to the future and having our little boy back.”