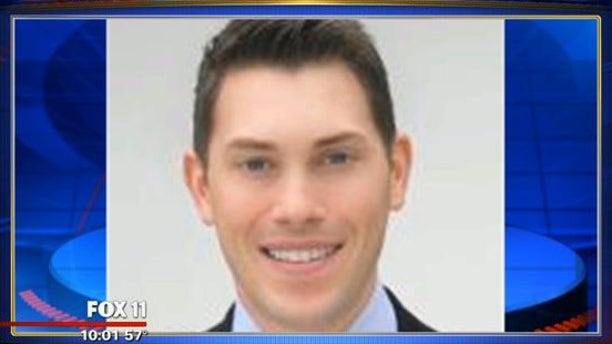 33-year-old Brett Shaad who felt sickened by bacterial meningitis earlier this week has been declared brain dead amid warnings to sexually active gay men about the deadly strain of illness, officials said. (MyFoxLA.com)

A 33-year-old West Hollywood man who felt sickened by bacterial meningitis earlier this week has been declared brain dead amid warnings to sexually active gay men about the deadly strain of illness, officials said.

That corrected a statement made earlier in the day by West Hollywood Councilman John Duran who said Shaad had died and had been removed from life support.

Duran said later that friends who were in Shaad's hospital room since told him that he was declared brain dead.

Duran, who saw Shaad last weekend, described the openly gay man as being "robust and healthy" prior to Monday, when he began to feel sick.

On Wednesday, he went into the emergency room. By Thursday, he was in a coma.

Tests were being done to see if the strain of illness is similar to the meningococcal infections that circulated among gay men in New York City and infected 22 people, resulting in seven fatalities, since 2010.

"We don't want to panic people," Duran said.  "But we learned 30 years ago the consequences of delay in the response to AIDS."

The illness could be spread by sex and kissing but not by casual contact.

Shaad attended a major party for the gay community in Palm Springs the weekend of March 30, Duran said. The White Party attracts thousands of partygoers from all over the country for dancing and revelry.

However, Shaad's brother Brian Shaad criticized some of Duran's statements as inaccurate.

"Brett remains on life support in the hospital. No conclusions have been drawn regarding when, or how, he may have contracted meningitis. We ask for privacy during this incredibly painful period," he said in a statement sent by email early Saturday.

Equinox executive Jack Gannon said the clubs are always rigorously cleaned, and the notification was sent to members only to "ensure them of the safety of our club."

Symptoms typically develop within three to seven days of exposure and can include stiff neck, fever, headache, nausea, vomiting, increased sensitivity to light and an altered mental state, often confusion.

The Centers for Disease Control and Prevention say catching the illness isn't always a death sentence, but bacterial meningitis is usually severe. Those who survive might suffer serious complications including brain damage and hearing loss.

Duran said he plans to introduce an urgency item on Monday to appropriate $20,000 for vaccines, for those who can't afford them otherwise.

"I think the county health department is dragging its feet and we don't have the luxury of waiting," said Duran.

The city is also partnering with gay advocacy groups to raise awareness by posting notices in West Hollywood gyms.

"For a lot of our younger community members, 35 and under, this is the first time they've lost a friend who is young and healthy," Duran said. "A lot of us over 40 are having dΘjα vu, having lived through the AIDS epidemic."