Caffeine may provide some Parkinson's relief 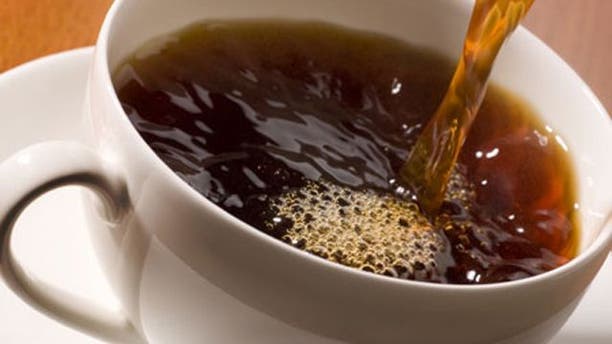 The findings warrant further study, Canadian researchers said. And there are still questions - such as if patients would develop a caffeine tolerance, eventually blunting the benefits of coffee or caffeine pills.

"It's a bit too early to say, ‘Everybody should be drinking coffee,'" said lead researcher Dr. Ronald Postuma, from McGill University in Montreal.

"Does it really make a difference over years of Parkinson's disease? I don't think we know."

Still, he said, caffeine is generally safe, so it could be worth trying for some patients with Parkinson's who aren't doing great and also have trouble with sleepiness.

About 50,000 to 60,000 people in the United States are diagnosed with Parkinson's disease every year, according to the National Parkinson Foundation. Typical symptoms include shaking and trouble with movement and coordination.

There's no cure for the disease, but some medications can make symptoms less severe.

As much as four cups of coffee

For the new study, Postuma and his colleagues randomly assigned 61 people with Parkinson's and in their mid-60s, on average, to six weeks of caffeine pills or identical drug-free placebo pills.

Participants in the caffeine group took 100 milligrams when they woke up and again after lunch for the first three weeks, then were bumped up to 200 milligrams twice a day for the rest of the study.

In comparison, a cup of brewed coffee typically has about 100 milligrams of caffeine and a 12-ounce soda has between 30 and 50 milligrams.

After the study period, people taking caffeine didn't report a clear improvement in sleepiness. But that group did improve on an overall scale of Parkinson's symptoms, including on measures of muscle rigidity and other movement problems.

The average benefit was a decrease of about five points on the disease rating scale, according to findings published Wednesday in Neurology. Postuma said a typical patient who's had Parkinson's for a few years would have a score of 30 to 40.

"Five points on the scale is enough to say on average, ‘Yeah, I feel a bit better, things are a little bit easier,'" he told Reuters Health.

"It's not a massive difference," he added - but even a small change "can have a real effect on people's lives."

Postuma said the main drug prescribed for Parkinson's, levodopa, has a benefit three to four times greater than what his team found for caffeine pills.

"This would not replace levodopa by any means if it were more clearly demonstrated to help with the symptoms, but it's not trivial either," said Dr. Michael Schwarzschild, a neurologist from Massachusetts General Hospital in Boston who wrote a commentary published with the study.

About half of patients in both groups had some sort of side effects due to the caffeine or placebo pills, most commonly stomach aches.

People who drink caffeine throughout life are known to have a lower risk of getting Parkinson's in the first place - but that doesn't mean coffee, tea or soda necessarily have a direct effect on the disease and its symptoms.

It could be that there are other differences between coffee drinkers and non-drinkers that put people at risk for disease, or that people with very early, undiagnosed Parkinson's tend to stop using caffeine.

But because of how caffeine acts on in the brain, and the relationship of those actions to other chemicals involved in Parkinson's, it's plausible caffeine could be playing a role itself, according to Postuma.

"For the time being, it does look like it could be a useful thing for Parkinson's disease. Time will tell."

The pills can be bought over-the-counter for about 10 cents each.

"This isn't yet at the point where it should be considered treatment for Parkinson's," Schwarzschild told Reuters Health, "but because it's so pervasive and many if not most patients with Parkinson's consume at least some caffeine, it's reasonable to take into consideration when talking to the doctor… that there may be this additional benefit."