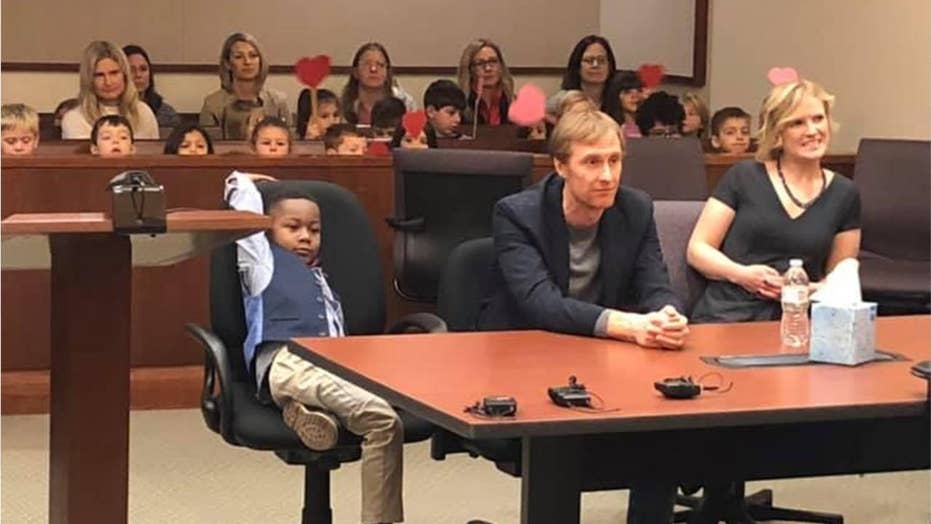 MADRID - A British woman was revived after her heart stopped for six hours in what doctors in Spain called an “exceptional case on a global scale.”

Audrey Marsh, 34, who works as an English teacher in Barcelona, was lost with her husband in a snowstorm in the Spanish Pyrenees mountains last month.

She suffered severe hypothermia and fell unconscious before entering into a cardiac arrest.

HEART FROM DEAD DONAR REVIVED, TRANSPLANTED INTO VETERAN IN US FIRST

Audrey Marsh, 34, was revived after suffering a 6-hour cardiac arrest while hiking in a snowstorm with her husband in Spain. (Vall'd'Hebron Hospital)

Doctors in Barcelona said Marsh's case was one of the longest cardiac arrests ever recorded in the world.

“When I woke up in hospital I was very confused. I don't remember the weekend at all, " Marsh told Fox News last week. "Then I realized how serious it was. There was a sense of relief and horror. My husband watched me take my last breath. I died and then came back from death."

She added: "Other people might have given up hope but the doctors brought me back from the most extreme situation."

The couple went missing in a snowstorm after spending a weekend with friends on November 3.

Rescuers located Marsh in time after her husband sent friends photographs of their location.

She was flown by air ambulance to the Vall'd'Hebron Hospital in Barcelona, where she was connected to an extracorporeal membrane oxygenation machine.

The machine stands in for the heart and lungs, pumping blood through the arteries and heating it, which raises the body temperature. Doctors believed she could survive if they treated the hypothermia.

“This is an exceptional case on a global scale,” Eduard Argudo, a doctor from the Vall d'Hebron hospital told a press conference. “There are practically no cases of people being revived after their heart has stopped for so long.”

When she arrived at the hospital, Mash's heart was showing no electrical activity and her kidneys and lungs were not functioning, doctors said.

Argudo said the sharp fall in her body temperature may have saved her as the cold preserved her organs.

Marsh, who spent 11 days in hospital recovering, has not suffered any long-term brain damage but has trouble moving her hands which were affected by the cold.

“When I went home I had damage to my hands. I could not do up my buttons on trousers or put in my earrings. These are small things which are going to get better,” she said.

Mash's husband, Rohan Schoeman, 36, who is South African and works as a teacher, said the couple had spent the weekend with friends but left early morning without them.

“At one point the snowfall became very heavy. We found a rock and tried to use it for shelter to avoid adverse weather conditions. Once visibility improved, I could see that our friends had tried to contact us," he said. "Audrey was losing consciousness so I tried to send some photos to our friends of where we were."

Marsh admitted the couple should have taken more precautions in the snowstorm.

“I didn't realize how changeable the weather was at the time," she said. “Perhaps we weren't as prepared as we should have been, we were careless.”

Despite her ordeal, Marsh said she wanted to return for walks in the mountain within a year but said they should be better prepared this time.