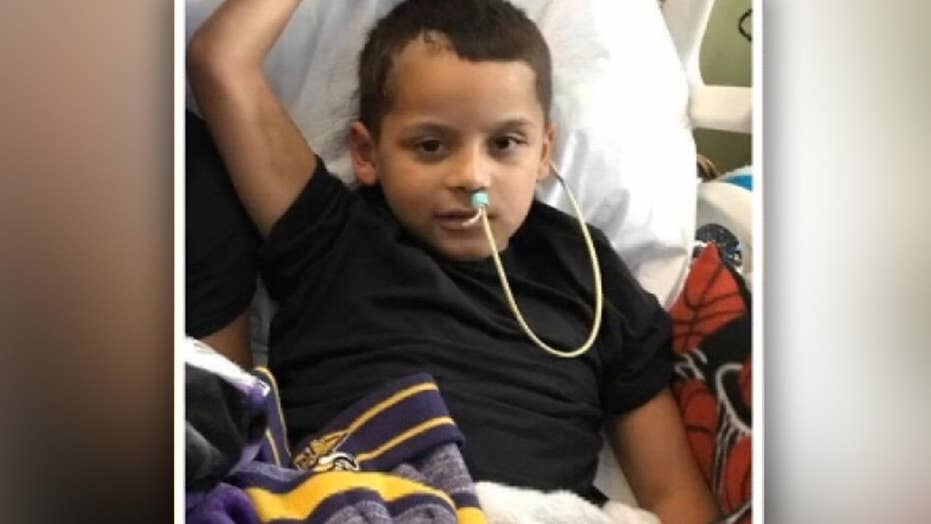 8-year-old boy wakes from coma after fall from cliff

Family of little Minnesota boy excited when he woke after two weeks in a medically-induced coma following a fall from a cliff but knows there is a long road of recovery ahead.

An 8-year-old in Minnesota has woken from a medically induced coma to begin his years-long road to recovery after he fell 15 feet from a cliff during a family hike at Taylors Falls. Jacari Foote, who suffered a fractured jaw, pelvis and back in the accident, is dealing with short-term memory loss and left side impairment.

According to the report, Jacari doesn’t remember the Oct. 18 fall, just that he had been hiking with his uncle and cousin beforehand. His mother said her son, who played quarterback on his youth football team, likely has one-to-two years’ worth of physical, occupational and speech therapy ahead of him as he continues to regain strength.

“He is not able to fully walk by himself yet, and that is one of the biggest challenges,” she told the news outlet. “He does not want to go back to school with the wheelchair.”

CASES OF MYSTERIOUS POLIO-LIKE ILLNESS HIGHEST IN US SINCE 2016

The family, who had a GoFundMe page started on their behalf, is calling for more signage or fencing at the park to prevent others from suffering the same fate.