AstraZeneca PLC could skip asking the Food and Drug Administration for emergency-use authorization for its Covid-19 vaccine, according to people familiar with the matter—and instead pursue the more time-intensive application for a full-fledged license to sell the shot.

Such a move would further delay any rollout of AstraZeneca shots in the U.S., where the vaccine has already been made and stockpiled. But U.S. government and public-health officials have said they probably don’t need AstraZeneca shots because of ample supplies of three other shots already authorized for use.

The British drugmaker said last week it intended to apply for the emergency go-ahead within weeks. But it has also been considering a different path to getting the drug approved in the U.S., according to these people. That would involve taking what could be several more months to compile and review data necessary for what is known as a biologics license, essentially a more comprehensive, nonemergency seal of approval from the FDA.

WHAT WE KNOW ABOUT ASTRAZENECA VACCINE BLOOD CLOT REPORTS

The full license is the path most new medicines take on their way to the U.S. market. But Covid-19 vaccine makers including Pfizer Inc., Moderna Inc. and Johnson & Johnson have all sought and received emergency-use authorization as a stopgap, encouraged by the government, with plans eventually to apply for full-blown approval for their respective shots. The emergency-use application allowed all three to win quicker FDA approval in the pandemic.

AstraZeneca has long said it would go down that same route, but delays stretched out as it has struggled to pull together the large amount of data from tens of millions of doses of the vaccine already administered in the U.K.

"AstraZeneca continues to progress its FDA submission," a company spokesman said Friday. "It is important to note the substantial size of the file—in addition to the U.S. trial data, the filing will also include analyses and pharmacovigilance from all studies to date, in addition to real-world evidence data."

The shot has been accepted for emergency use in the U.K., across Europe and in more than a hundred other countries around the world. The FDA is requiring AstraZeneca to provide that data from real-world use, in addition to data from human clinical trials. Other shots weren’t yet being used widely when they went before the FDA.

The AstraZeneca shot has also been linked in Europe and elsewhere to very rare, but sometimes-fatal, serious blood clotting, an issue that European regulators, AstraZeneca and outside researchers are still studying.

U.S. officials got into a rare, public spat in March over the precise efficacy of the shot in large-scale human trials in the U.S., an episode health experts expected to complicate any review.

HOW DOES JOHNSON & JOHNSON'S COVID-19 VACCINE COMPARE TO MODERNA, PFIZER?

Given the scale of the data required for an emergency-use application, submitting a full application would probably add a month or two to the overall timeline, people close to the process said. It would avoid AstraZeneca’s needing to compile two separate sets of data for two different applications.

The U.S. has ordered so many doses of already-approved shots that there is little urgency in rolling out the AstraZeneca vaccine domestically. That is a big factor in the company’s discussions with U.S. government and FDA officials, the people familiar with the discussions say.

The AstraZeneca shot, developed in partnership with the University of Oxford, is a pillar of vaccination drives around the world, including in poorer countries lacking other options and in crisis-ridden India. It is cheaper and easier to transport than most other vaccines. 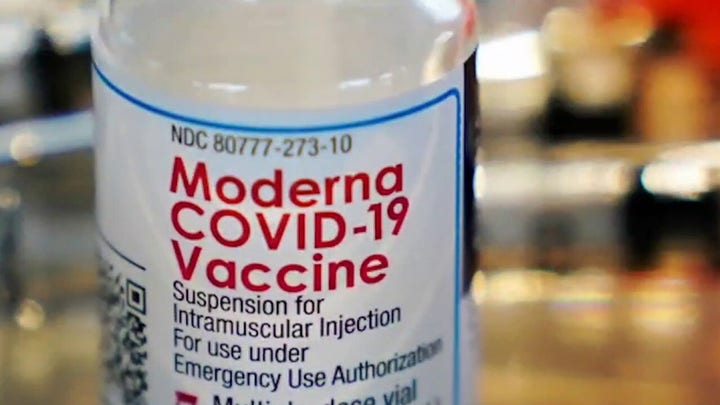 Public-health experts and AstraZeneca executives see an FDA endorsement as a potential confidence boost for the vaccine, which has faced confusion over dosing and efficacy, delivery shortages and concerns about the rare blood-clotting issues.

AstraZeneca since December has supplied more than 300 million doses globally at no profit. The drugmaker lost around $40 million on the vaccine the first three months of this year, based on its reported 3-cent hit to per-share earnings for the quarter.

Early last year, the U.S. government bet big on the shot, pledging up to $1.2 billion to help develop the shot and secure 300 million shots.