Are people more likely to cheat at the 'danger age'? 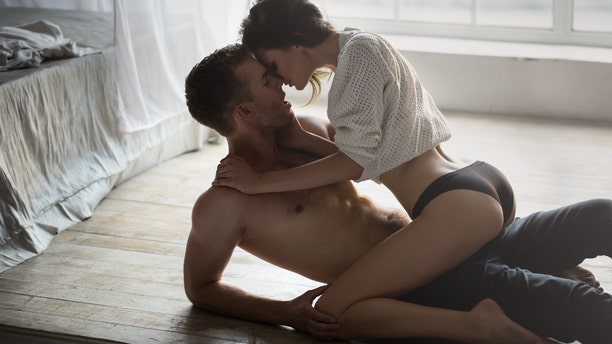 Passionate couple kissing, boy and girl sitting on wooden floor near the rumpled bed opposite the window. (iStock)

The idea that the person you love is betraying your trust and engaging in intimate rendezvous with someone else is emotionally devastating. It's only natural to look for patterns and warning signs to avoid being cheated on.

Now, a new report suggests that people are twice as likely to cheat at the "danger age" of 39, and are also more likely to have affairs during the last years of other decades — for example, at age 29 or 49 — than at other times. The findings come from research done by the U.K.-based website IllicitEncounters.com, and were first reported by The Sun.

Do other studies of infidelity back up this claim?

There is some research to suggest that, in general, people behave differently when they approach a new decade in their age. In 2014, researchers Adam L. Alter and Hal E. Hershfield at New York University and the University of California, Los Angeles, respectively, performed six studies to investigate the behaviors of adults during their "9-ending ages" (ages 29, 39, 49, etc.), including their propensity for extramarital affairs. The researchers obtained data from an online dating site similar to Illicit Encounters, where users are already in supposedly monogamous relationships. [I Don't: 5 Myths About Marriage]

Alter and Hershfield calculated the total number of male users on the site (8,077,820) and compared that to the number of 9-ender male users (952,176). They found there were 18 percent more 9-enders registered than there would be if the site's users represented a completely random sample of ages.

Across the six studies, Alter and Hershfield also found that 9-enders reported being particularly preoccupied with aging, and were more likely to wonder whether their lives were meaningful.

This could lead to a rise in behaviors that "suggest a search for, or a crisis of meaning," such as an affair, the researchers said.

In general, infidelity is difficult to study because it's challenging for researchers to find willing participants and to gather accurate reports, and cheating itself is defined inconsistently across relationships, said Christin Munsch, an assistant professor of sociology at the University of Connecticut, who was not affiliated with the Illicit Encounters research but does study infidelity.

The Illicit Encounters' research may not be unbiased: the company is financially backing the study, methods were not vetted by outside experts, and it was not peer-reviewed.

Munsch said that the findings of the Illicit Encounters study could just suggest that people looking to have affairs might not be honest about their age in their profiles. [How Do I Love Thee? Experts Count 8 Ways]

However, in their research, Alter and Hershfield looked at how people on dating sites might approach lying about their age. They asked users to imagine they were trying to fool a potential date into believing they were as young as possible while remaining within the bounds of plausibility. Their data suggested that the most frequent responses were ages ending in 5.

While these aren't definitive findings, they suggest that a lying 30-year-old is more likely to say they're 25 than 29.

In her own research, Munsch looked at data from the National Longitudinal Survey of Youth (NLSY97), an anonymous, nationally representative survey of people born between 1980 and 1984 that was conducted by the U.S. Department of Labor. She compared people's marital status with their responses to questions about whether they had multiple sex partners in the past year, and whether they had had sex with a stranger. Anyone who was married and answered yes to these questions was coded as unfaithful.

She found that for both men and women, being economically dependent (making less money than your spouse) was correlated to increased rates of cheating.

"The less money you make relative to your spouse, the more likely you are to cheat. We compare ourselves: you don't want to see yourself coming out on the losing end," Munsch told Live Science.

In 2012, Munsch reviewed the literature for trends surrounding infidelity. With regards to age, she found that as people get older they are more likely to cheat, and that may be because there are simply more opportunities to be unfaithful.

Munsch said that for men, being economically dependent may be worse because they may feel expected by society to be breadwinners. Cheating can be a way for men to simultaneously bolster their masculinity and get back at their breadwinner wives. [Busted! 6 Gender Myths in the Bedroom & Beyond]

According to Munsch, the recipe for avoiding an affair is pretty simple.

"From a sociological perspective, one of the biggest predictors of infidelity is opportunity. If I'm trying to lose weight, I don't keep cookies in the house. The same principle applies here. If you're looking for a 'magic bullet,’ don't be in the situation" where cheating could happen.

And although it's tempting try to analyze data to predict who will cheat, putting the results in perspective is important, she said.For example, her research showed that the likelihood of infidelity jumps from around 5 percent for men whose wives make equal financial contributions to 15 percent for men who are economically dependent on their wives.

"That's three times more likely. But 85 percent of men [who are dependent on their wives] aren't cheating," she said.

Ultimately, many variables factor into infidelity. Munsch said that there are certain psychological traits that are correlated to cheating, such as extreme risk-taking behavior or low morality, and that people's environment also plays a role. If a person with certain traits gets placed in a situation of high opportunity, that can be a good indicator that infidelity will take place.

But by the same token, a person with all the necessary predispositions can be put in an ideal circumstance to cheat and still not do it.

Munsch said that the "9-ending ages" theory is "certainly plausible," but that predicting any complex human behavior remains an inexact science.