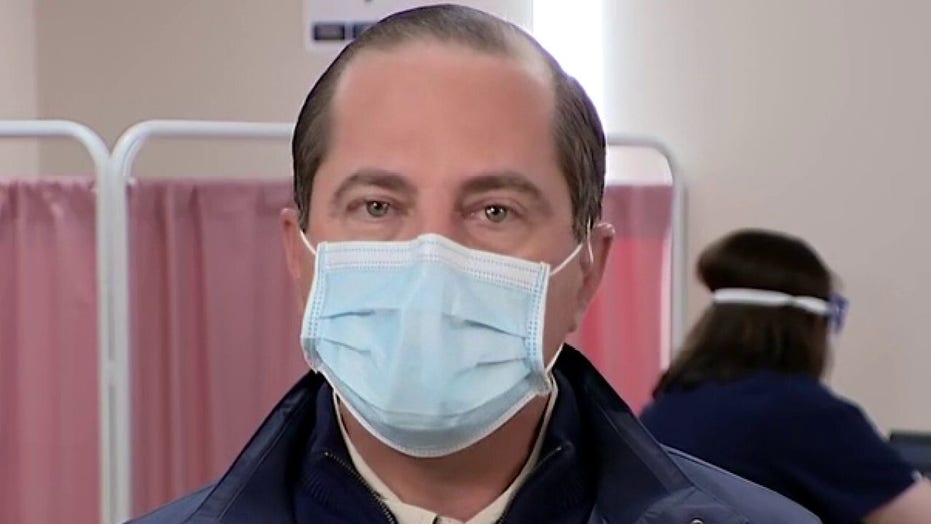 HHS Secretary Azar: 20M Americans should be vaccinated by end of 2020

A health care worker in Alaska is doing "well" after suffering an adverse reaction minutes after receiving Pfizer's COVID-19 vaccine, officials said. The health care worker, who was identified as a middle-aged woman, had an allergic reaction that included flushing and shortness of breath within 10 minutes of receiving the first of Pfizer's two-dose jab on Tuesday.

She was still being observed in Bartlett Hospital's foyer at the time of the incident.

The woman, whose name is being withheld, suffered an anaphylactic reaction that required hospitalization and monitoring, and will not be receiving the second dose of the vaccine, officials said during a press briefing on Wednesday. She had no prior history of allergies and took a Benadryl to relieve the symptoms but it did not work.

Once she was admitted to Bartlett Hospital's emergency room, her symptoms resolved within moments of receiving epinephrine. She also received Pepcid and Benadryl via an intravenous drip, according to a press release. She is in stable condition and is scheduled to be released later Wednesday.

"We expected that a side effect like this could occur after reports of anaphylaxis were made in England after people there received the Pfizer-BioNTech COVID-19 vaccine," said Alaska’s Chief Medical Officer Dr. Anne Zink. "All sites that are approved to provide vaccinations in Alaska must have medications on hand to deal with an allergic reaction and that was the case in Juneau."

Alaska health officials said there would be no changes to vaccine distribution plans following the incident, and that the woman had been excited to receive the vaccine.

The adverse reaction is the first such instance in the U.S.