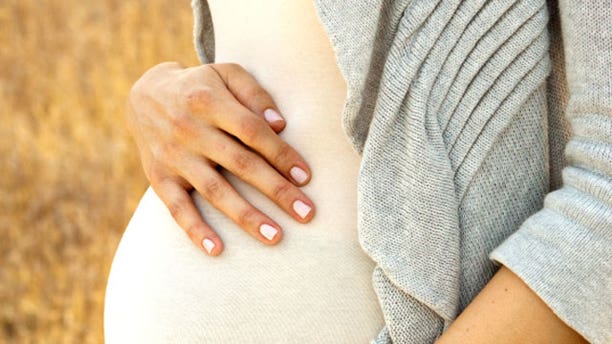 A pregnant woman's exposure to outdoor air pollution may increase the risk of her baby being born at a lower birth weight, according to a large multinational study.

Researchers then looked at the birth weights of infants that were carried to term. Altogether, researchers analyzed data from roughly 3 million pregnancies and births, making this the largest study to date to assess the relationship between maternal air pollution exposure and low birth weight.

The researchers found that for every 10-microgram increase of pollution particles per cubic meter of air, birth weight decreased by 8.9 grams, roughly one-third of an ounce, and infants were 3 percent more likely to be a low birth weight.  An infant is considered low birth weight if he or she weighs less than 5 pounds 8 ounces at birth.

Low birth weight is a known risk factor for infant mortality as well as heart, breathing and behavior problems later in life.

Pollution levels at study sites ranged from approximately 10 to 70 micrograms per cubic meter of air. "These are definitely exposures that people would have in many places around the world," said study author Tracey Woodruff, Ph.D., a reproductive health scientist in the division of Maternal-Fetal Medicine at the University of California, San Francisco Medical Center.  "This study increases our confidence that the impact of air pollution on birth weight is real."

The study, led by Dr. Payam Dadvand at the Center for Research in Environmental Epidemiology in Barcelona, Spain, was published today in the journal Environmental Health Perspectives.

Previous studies assessing the relationship between maternal exposure to air pollution and a variety of adverse pregnancy outcomes, including low birth weight, preterm birth, stillbirth and congenital abnormalities, have turned up mixed results. While some of the studies have found a strong association between outdoor air pollution and fetal growth, others have not.

The authors of this latest study cannot say for sure whether the lower birth weights were due to air pollution levels or some other factor that they were unable to fully account for, such as the mother's socioeconomic status and whether or not she smoked, two variables that have been linked to low birth weight in previous studies.

In the study, infants were considered full-term if their mother's pregnancy was 37 to 42 weeks. As a result, some babies were up to six weeks older than others at delivery, which could partially explain the results, according to the researchers. A fetus can gain up to eight ounces a week during the last weeks of pregnancy.

"The clinical significance of these changes in birth weight remains unclear," said Carrie Breton, Ph.D., an environmental epidemiologist at the Keck School of Medicine at the University of Southern California in Los Angeles. Because the changes were small, it is difficult to interpret what the study results would mean for an individual pregnancy, she added. Breton was not involved in the new study.

Still, the fact that the researchers found a small but consistent shift in birth weight across so many pregnancies shows there is something significant going on at the population level, according to Virginia Guidry, Ph.D., who studies the impact of air pollution on children’s respiratory health at the University of North Carolina at Chapel Hill. Guidry was not involved in the study.

"This study indicates that birth weight should be considered when air pollution policies are made," she said.

Nobody knows for sure exactly how a mother's air pollution exposure may influence her infant's birth weight. Some scientists hypothesize that air pollution can affect the attachment of the fetus to the placenta, the organ that connects the growing child to the wall of the uterus and allows nutrients to pass between the mother and fetus.

Air pollution may also stress the mother's body, which could affect fetal growth, said Woodruff. Particulate air pollution has been linked to a number of adverse health outcomes in adults, including asthma, heart disease, diabetes and stroke.

It's impossible to say from this study what impact reducing personal air pollution exposure may have on individual pregnancies. However, "there are so many studies showing the negative health effects of air pollution that it is always a good idea to try to reduce exposure when possible," said Guidry.

The Environmental Protection Agency (EPA) recommends that people reduce their exposure to air pollution particles by avoiding strenuous exercise outdoors in areas and at times when air pollution is high. Local air quality conditions and forecasts can be viewed at airnow.gov.

Last August, the U.S. Court of Appeals in Washington, D.C., struck down a rule imposed by the EPA that was designed to curb the spread of harmful emissions from power plants across state lines.