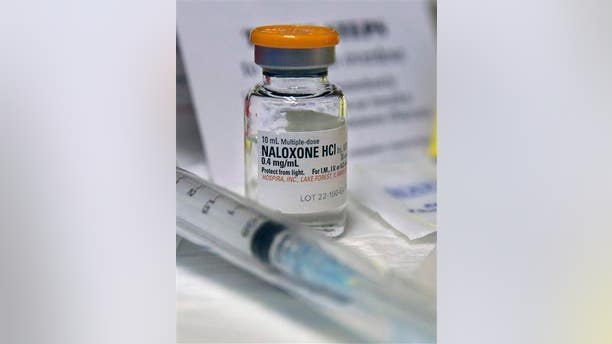 Naloxone, used to treat morphine and heroin overdoses, allowed a 39-year-old woman to feel pain for the first time in her life. (AP Photo/Mel Evans,file)

A woman who was born without the ability to feel pain was hurt for the first time in 39 years when researchers burned her with a laser, New Scientist reports.

"I think she quite enjoyed the experiment," researcher John Wood says. But that's not just good news for one budding masochist, it could also offer hope for people living in chronic pain.

A small number of people are born without the ability to feel pain because their body lacks something called Nav1.7 channels. While researching mice genetically engineered to lack those channels, scientists discovered their bodies produced more painkilling opioid peptides.

Wood figured a drug like naloxone—used in heroin and morphine overdoses—that blocks opioid peptides could reverse the condition. It worked, and he published the results Friday in Nature Communications.

The woman hopes the breakthrough could be used to treat her children if they're born with the same condition, New Scientist reports. Babies born unable to feel pain will chew their fingers and toes until they bleed.

Of wider interest, researchers reversed the process to create a possible new way to treat chronic pain, according to UPI. They were able to replicate the woman's condition in mice using a combination of Nav1.7 blockers and opioids and hope to start human trials in 2017.

One expert points out this potential treatment may not be ideal, as patients would have to take highly addictive opioids for their lifetime, New Scientist reports.

But researchers hope opioids below the level thought to be addictive, when combined with the channel blockers, will be enough, according to UPI. (Centipede venom was found to treat pain better than morphine.)