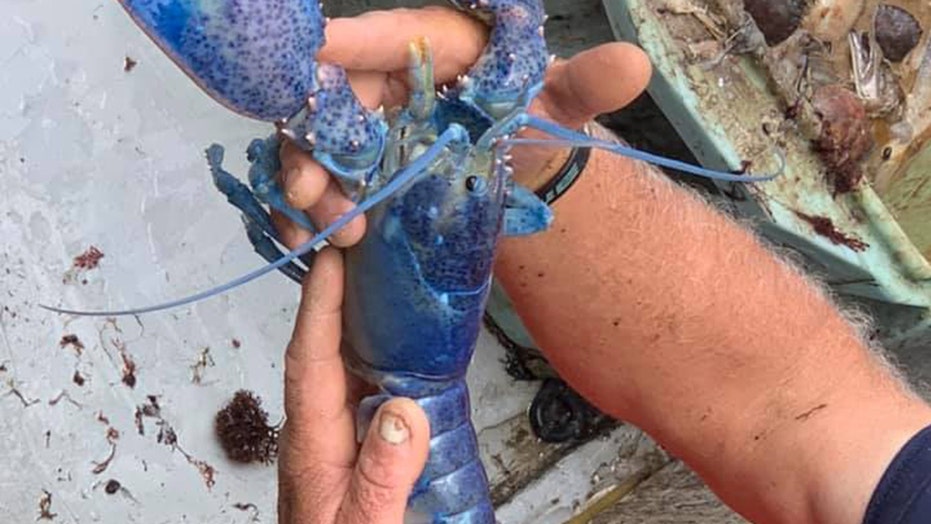 That’s one lobster that’s too pretty to eat.

Lobsterman Toby Burnham from Gloucester, Massachusetts, recently found a rare blue lobster in his traps, which he later released back into the ocean.

However, before he set the crustacean free, Burnham brought it to Joey Ciaramitaro, the co-owner of Captain Joe and Sons Lobster Company, who photographed the lobster and posted it on the company Facebook page.

Ciaramitaro told Fox News that Burnham just found the blue lobster by chance while he was hauling in his lobster traps.

"That was just by luck that that particular one went into one of his traps," Ciaramitaro said.

He added that Captain Joe and Sons typically sees one blue lobster every other year, on average.

"It’s not common at all," Ciaramitaro said.

According to the New England Aquarium, about one in 2 million lobsters are the rare blue color.

However, blue lobsters aren’t the most unique type that Ciaramitaro has seen.

"The rarest would be like a stark white lobster and we've had like maybe one or two of those," Ciaramitaro said. "We had one that was split directly down the middle of its shell. Stark, stark white. I nicknamed that one the 'Phantom of the Lobsta'."

Typically, when Captain Joe and Sons finds a rare, or "mutant" lobster, Ciaramitaro documents it on his blog, Good Morning Gloucester, and gives it to either the Gloucester Marine Genomics Institute or to Maritime Gloucester, a local maritime museum and aquarium.

This time, though, Burnham decided to release his rare find back into the ocean.

"Some people really love the idea of sending it back to sea because it's such a strange oddity," Ciaramitaro told Fox. "And I don't think there's a right or wrong answer. I think maybe the wrong answer would be to just boil it up and treat it like any other lobster."