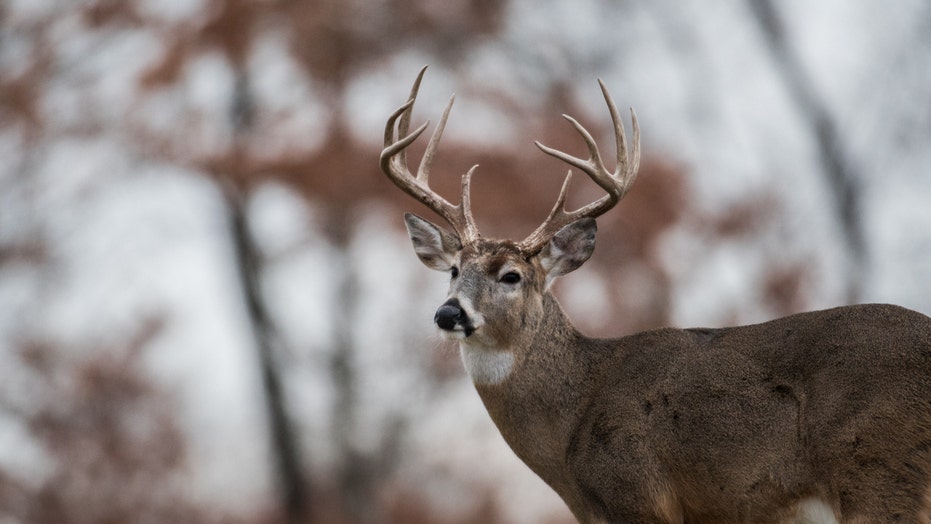 This hunter shot the prize of a lifetime -- and he’s only 9 years old.

According to the Springfield News-Leader, the buck’s antlers scored 201 and 7/8 inches.

Cole was with his dad, Joshua Huwar, in a blind near Josh’s soybean field when they saw the deer.

"We were in a blind and it came out at 200 yards and got up to about 170 yards, chasing a doe," Huwar told the News-Leader. "I got real excited and started shaking."

With his dad beside him, making sure he was lining up the shot properly, Huwar shot the deer and it “fell straight down,” he said.

Huwar’s dad was impressed by the size of the buck.

“I knew it was the biggest deer I've ever seen," Joshua told the News-Leader. "There's very few 200-inch deer shot in Missouri, no less than by a 9-year-old boy."

Huwar donated the meat to a family in need and entered his buck into a statewide youth hunting competition put on by Missouri hunting show “Outdoor Vigilantes.” He took first place among the 81 other competitors, according to the News-Leader.

The second-place buck scored 181 and 1/8 inches, the newspaper reported.

One of the “Outdoor Vigilantes” producers, Kody Lucas, told the News-Leader he was surprised by how big Huwar’s buck was.

“I told him this is a deer of a lifetime,” Lucas said. “I've hunted deer a long time but I've never killed a deer that breaks 200 inches."

In fact, even the Missouri Department of Conservation’s cervid program supervisor, Jason Isabell, told the News-Leader that a buck as big as Huwar’s is fairly uncommon.

A 9-year-old hunter in Missouri shot a rare 17-point buck (not pictured) that scored 201 and 7/8 inches, which is reportedly much larger than most Missouri deer. (iStock)

"Although Missouri is known for producing some large-antlered bucks, deer that score over 200 inches are not common in our state or anywhere in the country for that matter," Isabell told the newspaper. "A 200-plus-inch whitetail is a tremendous deer and a very unique animal."