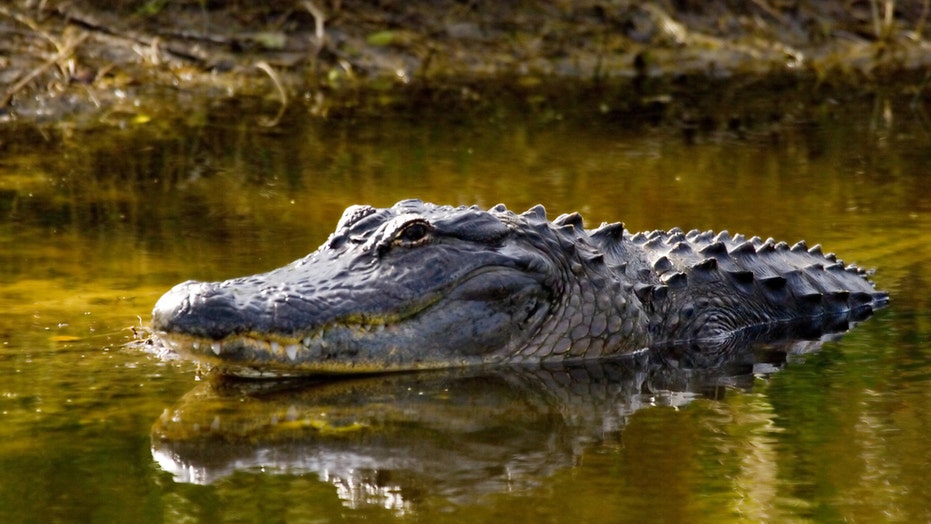 A man in Florida didn’t think twice about rescuing his puppy after it had been grabbed by an alligator this week.

Mike McCoy, from Holiday, Florida, was taking his 8-month-old chocolate lab Jake on a walk Tuesday.

According to ABC Action News, the two were walking near a pond that’s behind a local middle school when suddenly, an alligator jumped out of the water and grabbed Jake, pulling him under.

"He was in a death roll with that old gator," McCoy told the station.

Without pausing, McCoy jumped into the water right after them.

"I got around, thumbed him the eye, picked him out of the water so he couldn’t get anywhere until he let the dog go," McCoy described to the station. "And in the interim he decided, well, OK, I don’t have him, I’ll bite you."

According to ABC Action News, both Jake and McCoy needed stitches from the bites, but had no other injuries.

A man in Florida rescued his 8-month-old puppy from the jaws of an alligator this week.  (iStock)

Soon after the attack, Jake was already back in high spirits.

The alligator was estimated to be between seven and nine feet long, the Florida Fish and Wildlife Commission (FWC) told ABC Action News. Currently, the agency is working to remove the alligator from the pond.

The FWC also told the station that attacks like the one on Jake are rare, but people should still be careful.

Despite the danger, McCoy said he had no doubts about rescuing his dog.

"No hesitation," he told ABC Action News. "It’s just the way it is."