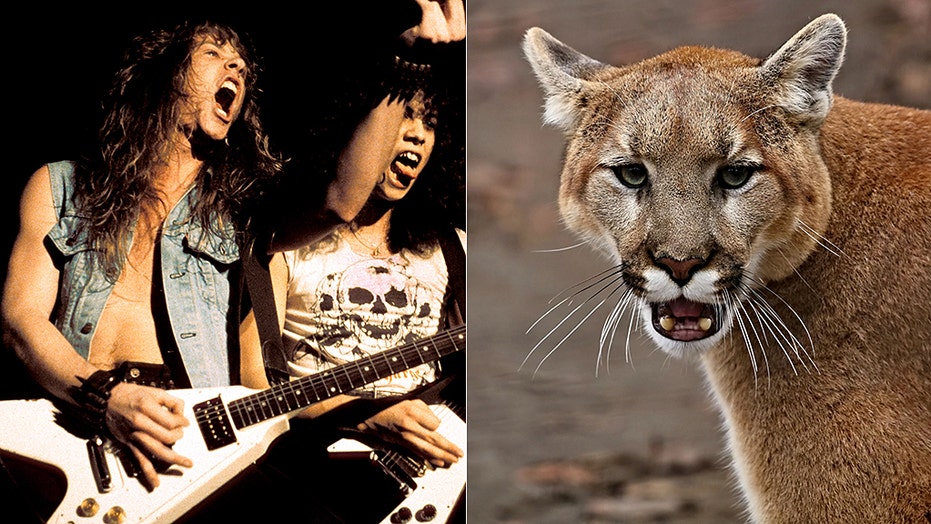 A Vancouver woman thanked the legendary heavy metal band Metallica for saving her life after she used their song "Don't Tread on Me" to scare off a cougar on a logging road in Canada.

Dee Gallant, 45, thanked the legendary heavy metal band Metallica for saving her life after she used their song "Don't Tread on Me" to scare off a cougar on a logging road in Canada on July 23.<br data-cke-eol="1"> (iStock)

Dee Gallant, 45, was on an evening walk on July 23 with her 8-year-old husky retriever Murphy outside Duncan, British Columbia, when she said she felt like "something was watching" them, according to KelownaNow.

That something happened to be a threatening cougar, which stood about 50 feet in front of them. The pair were just over a mile into their hike.

Gallant says she didn't even recognize the animal at first.

“I looked over to the right and there it was, I couldn’t make it out at first and thought, ‘Oh that is a strange color, that’s not a tree,'” she told KelownaNow.

Hoping to intimidate it, Gallant waved her arms and yelled, 'Hey, you, stop!' at the animal. The cougar froze, its eyes following her and Murphy.

"Initially I wasn't that scared, I remember thinking, 'Cool, that's a cougar,' and then it was, 'Why is it still there?' before turning into 'Oh my god, it's coming toward me, I need to make it stop,'" she told the outlet.

Gallant used her phone to record the encounter and even yelled at the big cat, telling it to "Get out of here" and "bad kitty"

“It didn’t respond to that either. It just stayed locked on to me and seemed really interested, so that is when I decided to stop recording and try to do something else," she said.

Out of options, she opened her phone's music library and found a track she felt would sound the most threatening, "Don't Tread On Me" by Metallica. She turned the music up to full volume and let the song play.

"I immediately put it on and I held it up high in the air," Gallant said. "As soon as he heard the first note, he bolted. He was just gone."

"I thought it was perfect because it gives him the message that I want to send, and it's a really intimidating-sounding song," she told the outlet.

She says the encounter only lasted five minutes. Afterward, the Canadian played the song for the rest of her hike with Murphy at her side until she made it to safety.

"I would love to contact them someday and tell James Hetfield [Mettalica's lead singer] that he saved my life," she laughed.

Gallant's wish was granted after chatting with her "buddy James" on Friday.