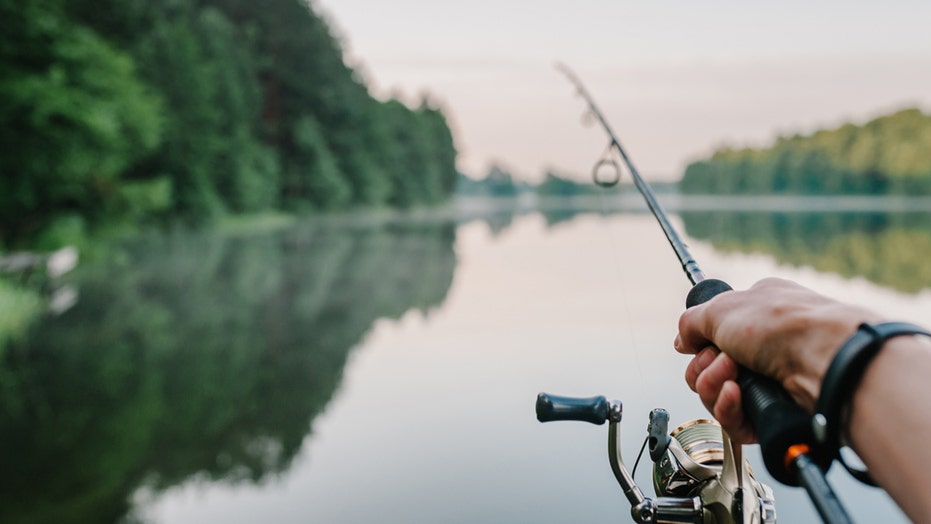 Even experienced anglers can be surprised from time to time.

A fishing tour operator shared a video on social media of a large fish leaping out of the water while being reeled in. Based on the reactions from the people on the boat, this isn’t something they see every day.

Yves Bisson Sturgeon Co, a fishing tour operator shared a video on social media of a large fish leaping out of the water while being reeled in on the Fraser River in British Columbia.  (iStock)

The Yves Bisson Sturgeon Co uploaded the video of the fish jump to its Instagram page. The moment has garnered 4.7 million views so far.

The group was apparently fishing on the Fraser River in British Columbia, when the incident occurred.

The footage begins with an angler reeling in a fish while another passenger on the boat tells him to keep reeling. Suddenly, a massive sturgeon leaps out of the water, causing people on the boat to call out in shock.

The video slows down at this point, giving viewers a really good look at the large fish.

Yves Bisson, the tour operator, told news outlets that the fish was likely 50 years old and probably weighed around 350 pounds.

Bisson called it "the fish of a lifetime." The sturgeon was apparently tagged and then released back into the wild.