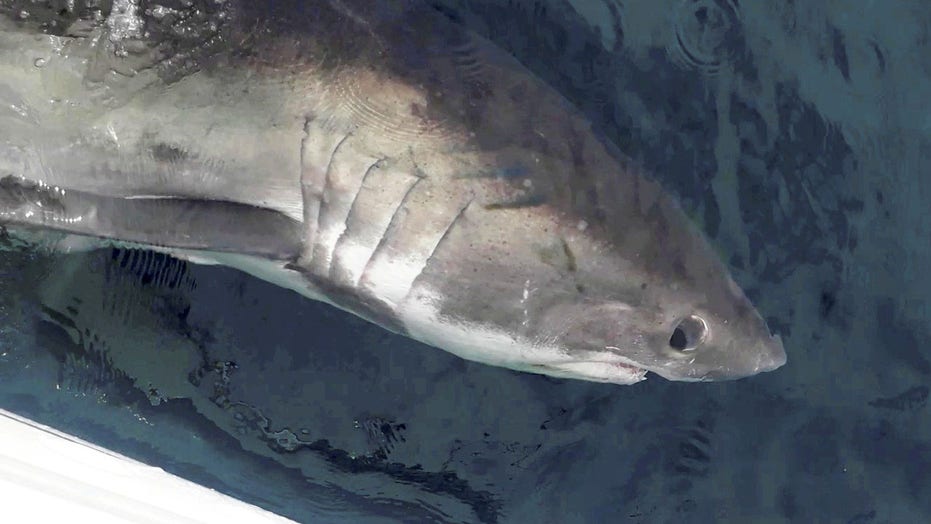 Most people hope to never look into the water and see a shark staring back at them.

One fisherman from England, however, described the experience as "fantastic." The angler encountered an eight-foot shark while out on his boat alone and watched as the large animal circled his vehicle.

Ken Pike says the shark looked him straight in the eye as it swam near his 23-foot-long during a fishing trip off the coast of Devon, Southwest News Service (SWNS) reports. At certain points, the animal even lifted itself out of the water, seemingly to get a better look at Pike.

Apparently, the fisherman wasn’t scared by the encounter.

"It was fantastic," he told SWNS. "So beautiful to be so close to nature. It felt like such a privilege that of all the people that go out there it chose me to say hello to."

He continued, "I wasn’t at all frightened - just very proud to be honored by its presence. Initially, I heard this sound, like a dolphin blowing. I looked up and could see this shark quietly gliding along beside the boat."

Pike described the shark’s reaction and the animal was apparently happy to see him.

"It looked at me with its beautiful big eye and grinned," he said. "I just watched it. It was so exhilarating. It swam around six times in total."

Pike is an avid fisherman and spends four months of the year going out on the waters. The shark he encountered was estimated to weigh about 200 lbs.