It’s almost time for the FIFA World Cup, the football spectacle that is hands-down the biggest and most expensive sporting event in the world, more so than even the Olympic Games.

Almost half a million soccer fans are expected to descend on host country Brazil in June this year to watch the soccer tournament, experience the South American culture and, hopefully, sample the local fare.

Brazilian food is a big part of the country’s culture — it blends together flavors from all over South America as well as Portugal, Spain (countries that colonized the continent and left their marks on the culture, cuisine, and language), and Africa (many African slave were brought over to work the plantations and brought many local flavors with them). The combination of native dishes with the immigrant-influenced flavors, and those continental influences make Brazilian food unique, complex, and deliciously rich.

Vegetables and fruits play a big role in almost every Brazilian dish — the dozens of varieties of potato across the continent (from buttery to waxy and on to starchy) — are all used in multiple combinations as a hearty base for many meals. Then there’s cassava, guaraná, açaí, cumaru, and tacacá, all ingredients that differ between locales but feature heavily in Brazilian cooking.

Brazilian food is generally rich and spicy. Much of it is either fried or slow-cooked to bring out the flavors. Palm oil is often used for the frying and coconut oil is added to bring all the flavors together. Vatapá, for example, is a creamy but fragrant dish made from shrimp, bread, and of course, coconut milk. The milk is also added to moqueca de camarão, a traditional fish stew with big flavors and spices.

No matter how your team does in the World Cup, one surefire bet is that the Brazilian food will not disappoint and with so much variety, anyone should be able to find a local specialty to tempt their palates.

And if you can’t afford to go Brazil this year (again, it’s one of the most expensive sporting events in the world), then try out some of these Brazilian favorites in your country to create your own South American taste adventure. 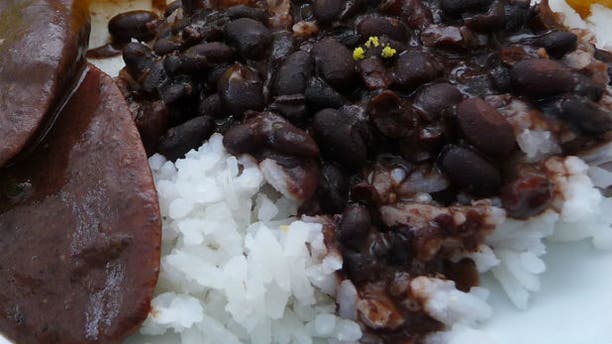 This delicious bean stew is often referred to as the national dish of Brazil, so you should try it at least once when you visit the country. It’s made with black beans and a plethora of salted pork and beef products (like pork trimmings, smoked pork ribs, bacon, smoked sausage, and jerked beef), all cooked up in a big clay pot. In some parts of the country, they also add vegetables like cabbage, kale, potatoes, carrots, okra, pumpkin, and sometimes even banana. These are often added at the end of the cooking process so the juices from the stew can infuse them without making them limp. The end broth is usually a glorious, dark-purplish brown color. 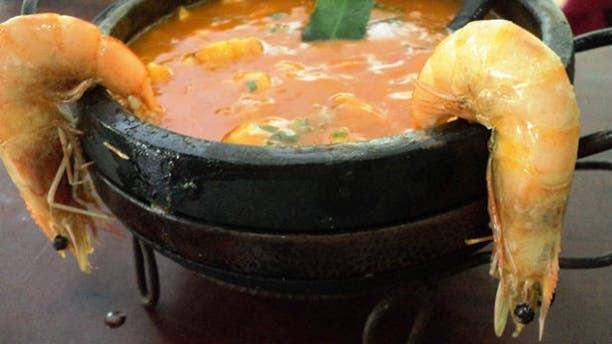 This Brazilian fish stew with fried shrimps is one of the country’s most famous dishes. It’s easy to make, has great texture, and is full of flavor. The shrimp is fried in palm oil with spices and coconut milk added at the end along with tomatoes, peppers, and vegetables. 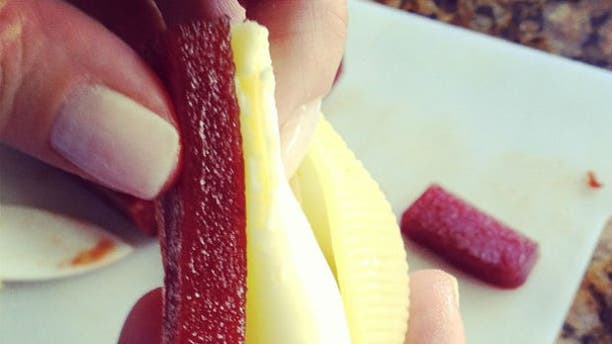 This is a quick and quick traditional dessert of guava paste and white cheese stacked on top of each other. The paste has a sweet, slightly gritty quality that, combined with the saltiness of the cheese, makes it a big winner. Brazilians eat it as a kind of dessert sandwich or with a piece of paste and a piece of cheese on a fork… no definitive word, though, on why it’s named after the famous Shakespeare play. 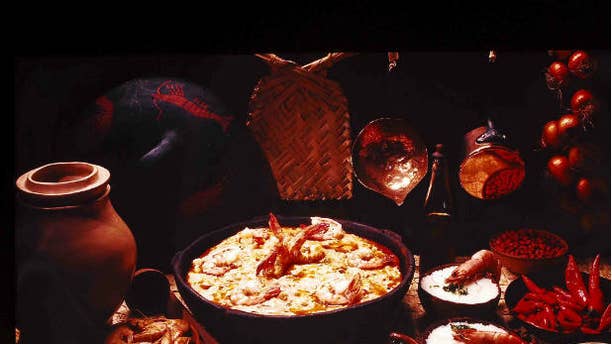 This tasty meal is made from shrimp, coconut milk, bread, and a special paste made from finely ground peanuts and palm oil. The shrimp can often be swapped out with chicken, tuna, or cod if you want a heartier meal and it’s often eaten with white rice or acarajé.

101 Best Restaurants in Latin America and the Caribbean

How to Tip (or Not to Tip) Your Server While Traveling