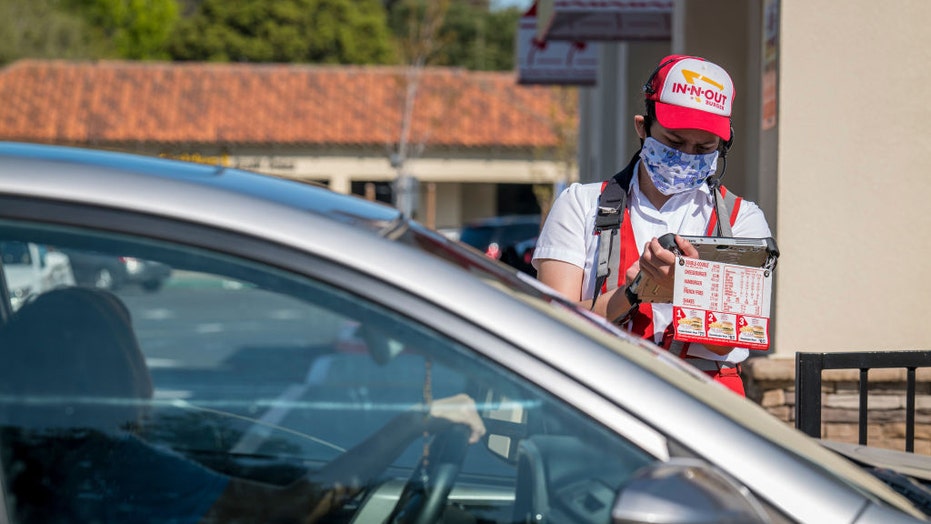 The restaurant industry — and those that rely on it for employment — have been hit especially hard by the coronavirus pandemic, with most eateries around the country being forced to limit service, lay off workers, or shut down altogether.

More than 8 million restaurant employees in the U.S. have been laid off or furloughed since the beginning of the outbreak, and the majority (61 percent) of restaurant operators say the government’s relief programs won’t prevent further cuts to the workforce, according to new numbers released by the National Restaurant Association on Monday.

The White House last week had laid out a framework for reopening businesses, workplaces and communities across the country, albeit in phases, and only after a strict set of criteria for health and safety is met within each state or region.

Restaurants and bars will technically be able to resume operations by the final phases, but what constitutes “operations” remains to be seen. After all, will restaurateurs and consumers embrace pre-coronavirus normals and standards, even in a post-coronavirus world?

A worker at an In-N-Out restaurant in California is seen wearing a cloth face covering as he takes an order from a customer waiting in a drive-thru line on Tuesday, April 7, 2020. (David Paul Morris/Bloomberg via Getty Images)

“I wish I had that good of a crystal ball,” said Larry Lynch, the senior vice president of science and industry for the National Restaurant Association.

Lynch, whose duties include setting standards of safety for the association (among several other responsibilities), told Fox News that even if the restaurant business does look different in the coming years, the principles that were previously in place will always remain the same.

“I think, at the end of the day, the commitment to providing a safe experience will always be there,” he said.

With that in mind, Lynch is revising the guidelines for members of the National Restaurant Association — an association which includes larger hospitality groups as well as single-unit establishments — based off of the White House’s recent “phased” guidelines.

A member of the staff at a restaurant in London is photographed taking a customer's temperature before allowing him to enter, a precaution adopted by some chains the United States, though usually for the waitstaff. (Isabel Infantes/AFP via Getty Images)

“Some of it will be much as it is now,” Lynch says of the standards, specifically regarding the heavy focus on sanitation and limited operations. “But [when] that middle phase comes … the social distancing, the separation from the back of the house and the front of the house, things like face coverings, will all be important.”

Before states even began prohibiting in-person dining at restaurants, Lynch says many eateries were “already starting to do this,” pointing out the establishments that cut down on seating and capacities, “just enough to cut down on interaction” between different groups of diners, as well as staffers.

“And there’s certainly heavier focus on sanitation, on menus, and condiments. Anything on the tables that the customers could touch, would need to be cleaned.”

Lynch added that there may be new protocols for takeout or delivery, or even purchasing the food itself. “Maybe the person taking the payment can’t be the one handling the food,” he said. “The focus will be on getting restaurants to do everything in their power to mitigate risk.”

“And there’s certainly heavier focus on sanitation, on menus, and condiments. Anything on the tables that the customers could touch, would need to be cleaned," said Larry Lynch of the National Restaurant Association when discussing the ways restaurants might adapt following the COVID-19 health crisis. (iStock)

The challenge, he says, lies not in adapting but rather how to adapt, as the industry has constantly adapted and evolved, in terms of safety, for decades.

“We’ve been teaching food-safety practices for over 30 years,” says Lynch, “[and] I’ve been involved with this for over 17 years. I’ve watched the public paying attention to health and safety more and more over the years. We’ve always had a heavy focus on health and safety — not just foodborne illness, but virus transmission. Now, what I’m looking forward to is a better relationship between the customers and restaurateurs. Because I think the common expectation of the output is what’s going to be aligned.”

“What they’re looking for — the restaurateurs — is to produce a great experience,” said Lynch. “And people are going to be paying much more attention to it now.”