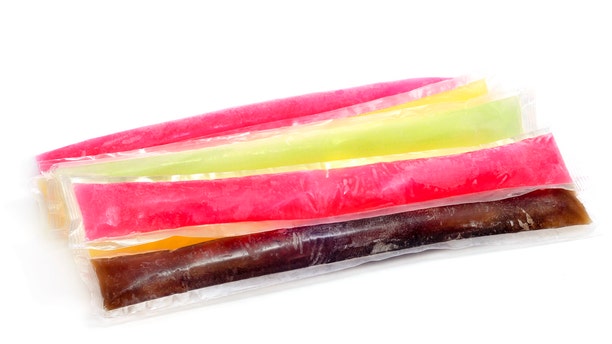 What do you call the clear plastic tubes of bright, sweet, fruity frozen ice? You know, the ones that are always displayed en masse at the front of the grocery store as soon as it hits 75 degrees? (iStock)

It’s just about summer, so it’s time to load up the freezer with icy treats. But there’s one warm-weather goodie that you know by sight but maybe not by name. What do you call the clear plastic tubes of bright, sweet, fruity frozen ice? You know, the ones that are always displayed en masse at the front of the grocery store as soon as it hits 75 degrees? No, not Popsicles — these delicacies don’t have sticks. We’re talking totally tubular goodies, the type you need to snip open with scissors. (The little plasticky edge always ends up on the floor, and sometimes you cut your lip on the edge of the tube.) What are those called? Twitter wanted to know.

A tweet sent out on Saturday sparked a discussion of what exactly these icy delights are called. “It’s dead summer,” the tweet began. “Your mom comes home from the store with THESE. what do u call these and what is the best color?”

And so the debate began. The original tweet struck a chilly chord with readers. It’s since been retweeted more than 2,700 times and liked more than 23,000 times. Turns out that the name for the frozen tubes may depend on where you live, what brand your family purchased, and other factors.

Many Americans know them as Otter Pops, which is a specific brand sold in the U.S. They’re extra-fun because each flavor has a cartoony mascot, such as Alexander the Grape, Little Orphan Orange and Strawberry Short Kook. (Otter Pops describes the treats as “ice pops” on the box.)

Some people say freezies, or freezy pops or freeze pops. At least one Twitter user claimed that is a Canadian thing, although Americans also use the term. (Minnesota is almost Canada, right?)

There’s another popular brand of these tube ice pops: Fla-Vor-Ice. Call these the sister snacks to Otter Pops: Both are made by Jel Sert. In fact, Jel Sert rules the icy pop treat world — other brands on their site include Pop-Ice and Kool Pops. (Of those three names, Fla-Vor-Ice seemed to be the only one commonly used by eaters, at least on this Twitter thread.)

But if you’re Down Under, mate, you might know them as Zooper Doopers, the name of a popular Australian brand. Aussies and Kiwis were quick to jump on the thread and explain their regional treat name.

But maybe the best response of the whole thread came from a Twitter user who responded, “Pink, and they are called ‘stop eating those or you'll ruin dinner.’”

Whether you say Otter Pops, Zooper Doopers, freezy pops or some other name, you’ll likely strongly resist hearing them called anything else besides the name you grew up with. This certainly isn’t the only regional food name that sparks strong debate. What do you call a carbonated beverage? How about a sandwich made on a long roll? Those little colorful things that top ice cream? Turns out there are a lot of regional food names around America.