We know, you think your mom makes the best fried chicken out there. Nostalgia and hometown bias aside, though, many of us are also very opinionated about our favorite fried chicken joints outside of our own childhood kitchens.

Fried chicken is a quintessential American dish, along with hamburgers, hot dogs, apple pie, barbecue, peanut butter, and casseroles. It’s cheap, relatively easy to prepare (although some obviously do it better than others), and is a great equalizer: no matter who you are or where you’re from, you’re expected to eat it with your hands.

Fried chicken may have a particularly strong association with the Southeast, but its roots belong to many immigrant populations who settled in all corners of the country. People from West African, European, and Asian ethnicities can all take some credit for both introducing and continuing the fried chicken tradition stateside.

Last year, we brought you an extensive roadmap of the country’s best places for fried chicken. So how did we come up for additions to this year’s roadmap? We considered reader feedback while also consulting our staff and several national experts. Along with some necessary Midwest mentions (such as a couple of infamous dueling restaurants in Pittsburg, Kan.), we’ve included a unique venue that feeds its scraps to local raccoons, as well as a North Carolina church kitchen turned popular local restaurant.

Flour, water, salt, chicken, and lard are just the beginning when it comes to fried chicken. These basic ingredients lay the foundation for customization — whether it’s a vinegar-based marinade, cayenne, or even maple-honey butter. The possibilities are (actually) endless. Everyone’s got their favorite, so if your preferred establishment didn’t make this year’s cut, let us know by leaving a comment.

We’ve listed the best of the best here, so be sure to consult our slideshow for the next time that you stray from your mom’s recipe. 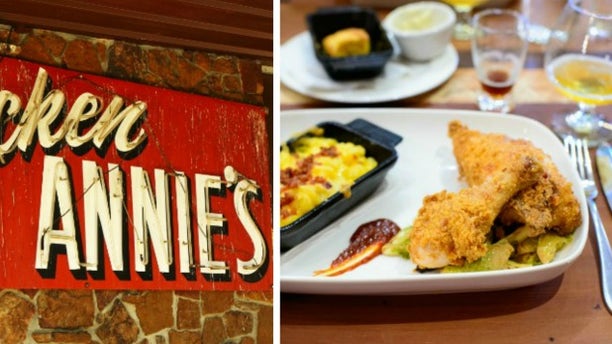 Chicken Annie’s is known throughout Pittsburg, Kan., for its signature fried chicken and guaranteed hospitality. The restaurant started from humble beginnings. When founder Ann Pichler’s husband was injured in a coal mine accident in 1934, she began serving fried chicken out of their home to support the family. Word quickly spread of the delicious fried chicken, and in 1972 the restaurant moved from the home to its present building. Now, the family continues the tradition of excellent food and warm hospitality with their "thin crust" fried chicken and famous home-battered onion rings. 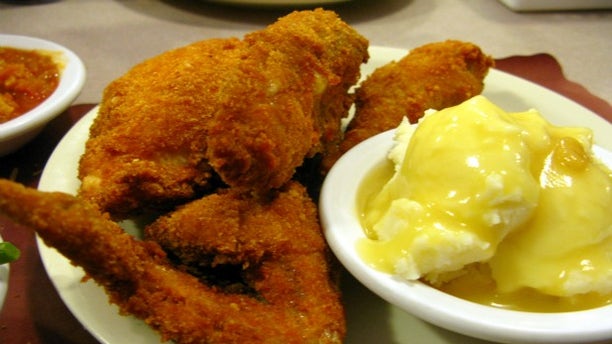 Belgrade Gardens may boast that it has the greatest chicken in the world — and with good reason. Located in Barberton, Ohio (a suburb of Akron), and open since 1933, this spot serves a special style of fried chicken called "Barberton Chicken," which means that it is fried in lard and has a distinctive shape and color. They serve their chicken the old-fashioned way, with customers having the choice between wings, drumettes, breasts, legs, thighs, and backs. You can be sure none their precious chicken goes to waste. 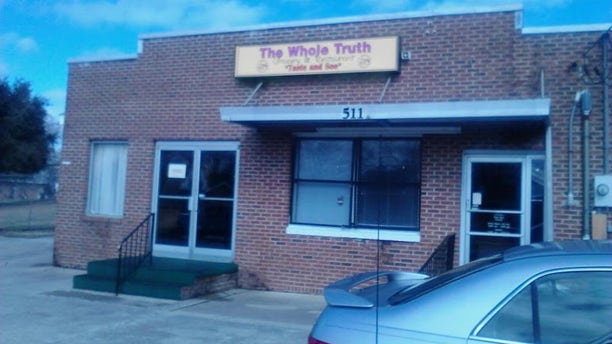 The Whole Truth Lunchroom is pretty bare bones, but who needs frills when you have fried chicken like theirs? It began as a lunchroom for the Church of the Lord Jesus Christ of the Apostolic Faith in Wilson, N.C., and eventually opened as a full-service restaurant in a building that is owned by the church. It doesn’t have all the bells and whistles of a traditional restaurant, but the chicken, banana pudding, and sweet potato pie will definitely not disappoint. 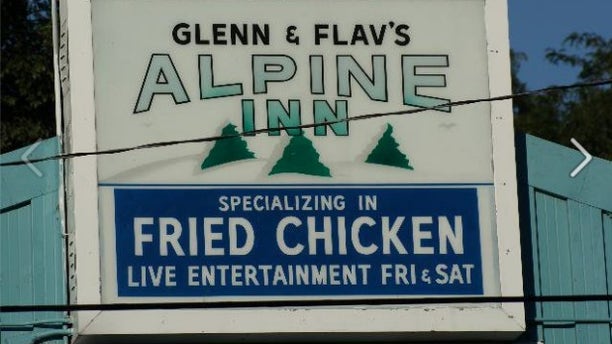 Alpine Inn might seem unassuming based on the building's exterior, but their fried half-chickens served with large potato wedges should not be overlooked. In business for more than 40 years, the spot (which doubles as a biker bar at night) has been known to feed the roughly 50 local raccoons their leftover chicken scraps. But don’t be scared off by their furry friends — we promise this dish is worth it. 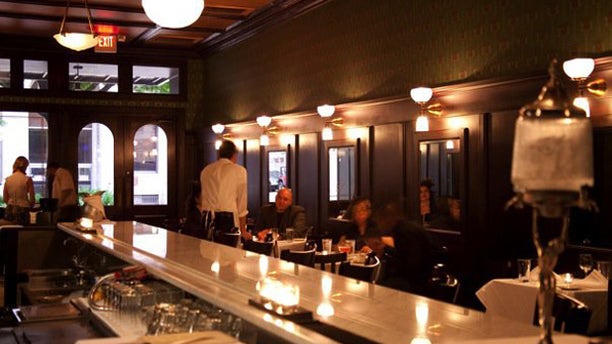 Café Dupont offers a "fresh perspective on regional ingredients," using organic foods and fresh produce to create a menu bursting with traditional flavors and contemporary flair. Owner and chef Chris Dupont, a New Orleans native, is the mastermind behind Café Dupont’s eclectic menu and has developed strong relationships with local farmers to help fuel his dishes. In 2005, Café Dupont’s fried chicken was ranked number 13 on the Alabama Bureau of Tourism and Travel's list of 100 Dishes You Must Eat in Alabama. This might come as no surprise, however, because this is not your average fried chicken. Dupont serves buttermilk-fried chicken with a lemon basil sauce, served atop warm creamed potatoes. Sounds like award-winning fried chicken to us. 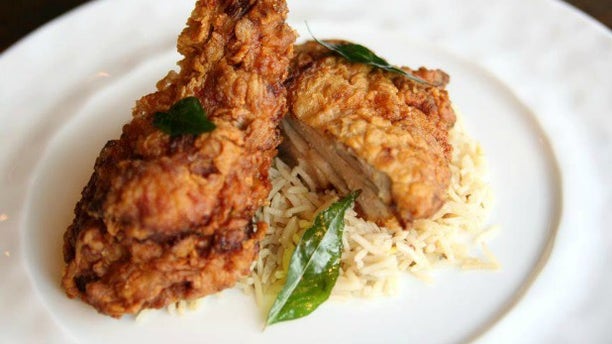 Cardamom Hill serves southwestern Indian-style cuisine, and their Kerala-style (in reference to the mountainous spice-growing region of India) fried chicken is something to write home about. Chef Asha Gomez told Lee Schrager in an interview published on The Daily Meal that her mother’s cooking inspired her to make the coconut oil and fried curry leaf dish. With chicken that is "as beloved in South India as in the American South," Cardamom Hill is a go-to spot for an Indian twist on a Southern classic. 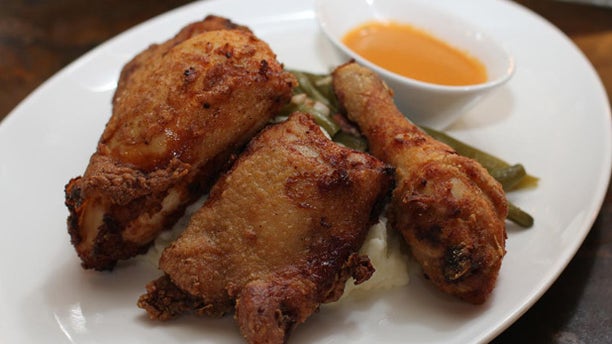 Located in The Ritz-Carlton Dallas, Fearing’s features modern Southwestern-American cuisine with a farm-to-table approach (think barbecued duck tamales or antelope with a cactus pear glaze). But the real treat comes during the weekend brunch, which features Granny Fearing’s "Paper Bag Shook" Fried Chicken — an authentic version of the Southern classic. Choose from one of the many dining venues on-site, from the outdoor patio to the more upscale Gallery; if you’re dining chef-side in Dean’s Kitchen, or at the Chef’s Table, look for the ebullient chef Dean Fearing himself, who is often present. 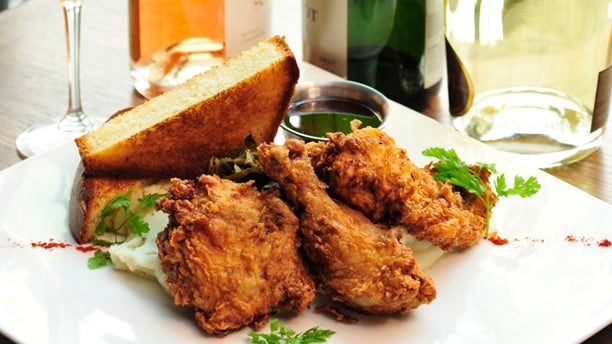 "Fried chicken and champagne? … Why the hell not?!" That is the question. It’s also the slogan of this Texas joint. The Austin location features a casual, industrial décor and top-notch food from chef Erica Beneke. Don’t miss their house-made jalapeño- and buttermilk-marinated chicken, deep-fried slow and low, served with mashed potatoes, collard greens, and Texas toast. 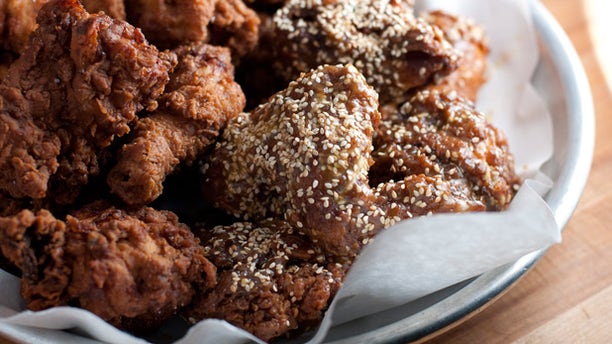 Ma’Ono is the re-vamped version of Seattle favorite Spring Hill, known for its wildly popular Fried Chicken Mondays. The new-and-improved concept is in the same location, featuring the same chef, Mark Fuller, but with a Hawaii-inspired menu that features fried chicken every night of the week, served alongside kimchee, rice, and dipping sauces. And for those with green sensibilities, you can rest assured that your chickens were raised naturally in Mt. Vernon, Wash. Don’t forget to check out their exhaustive list of whiskeys to wash down all of the fried chicken. 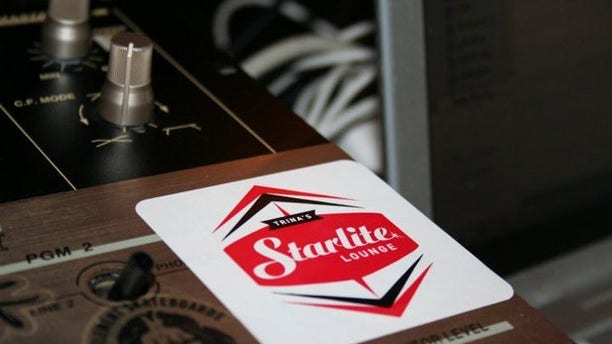 Trina’s has a lot of things going for it, as one of Boston’s quirkier eateries featuring delicious, creative renditions of a dizzying variety of cuisines and cocktails. Since 2009, people have been drawn to the vintage-noir, vaguely Southern vibe of the place, but others head to Trina’s for its famous chicken and waffles, which got the restaurant named one of Bon Appétit magazine’s 2010 top 10 places for fried chicken in the country. Head chef Suzanne Maitland tops a buttermilk waffle with a piece or two of fried chicken and drizzles it with hot-pepper maple syrup. Paired with a signature Trina’s brunch cocktail (like maple bourbon), this $14 meal is not one to miss. Thankfully, even overworked restaurant industry employees can enjoy a leisurely brunch at Trina’s — they host a special "industry brunch" from 12 p.m. to 4 p.m. every Monday to cater to industry schedules.

24 Best Boardwalks for Food in America