The best and worst juice boxes for your kid’s lunchbox 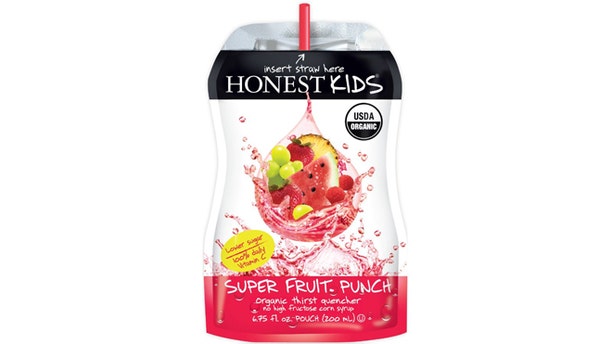 The juice box has been a lunchbox staple for a long time, providing kids with the hydration and nutrition necessary to get through the school day — or so parents thought. Recent studies on the dangers of drinking too many high-sugar, high-calorie beverages have helped to steer parents away from the mighty boxes.

As kids head back to school and parents look for quick ways to pack their child a healthy lunch, it’s time to reconsider the juice box. There are more types than ever on the market today, promising everything from great flavor to great nutrition, all wrapped up in a sensible serving size. Yet sensationalist claims scream at you from the box, making it difficult to figure out which ones offer real nutrition and which don’t. Then, of course, there is the matter of taste. Just because a drink with carrots and berries is appealing to Mom or Dad, doesn’t mean a kid is going to like it.

When choosing a juice box, it’s helpful to remember a few juice guidelines, as suggested by the American Academy of Pediatrics. Infants less than a year old should not be drinking any fruit juice, kids ages 1 to 6 years old shouldn’t exceed 6 ounces of fruit juice per day, and older children from ages 7 to 18 shouldn’t consume more than 8 or 12 ounces per day, ideally divided into two servings. Along with causing weight gain, excessive juice consumption can lead to cavities, malnutrition, and diarrhea. If you have more concerns about your child and fruit juice, it’s best to talk to a pediatrician who knows you child and their specific case.

In order to figure out the tastiest, the sweetest, and the weirdest options out there, The Daily Meal editors taste-tested 10 different brands. For this test, we looked at fruit punch varieties from major brands available across the U.S., none of which contained high-fructose corn syrup. Some drinks had sneaky portions of vegetables added in and some were diluted with water, and although the juices are high in sugar, most of the sugars are naturally occurring and provide a way to increase fruit (and possibly vegetable) intake with little effort.

After the taste test there were clear passing grades, and some failing grades. (After all, our taste buds have matured a bit since the days of juice boxes at lunch.) The others got lost in the middle of the pack. The editors ranked them on a scale from 60 to 100 percent (just like you’re back in school!).

Whether you’re looking for a healthy option to tuck into your kid’s lunchbox or a pre-portioned drink for yourself, here are our favorite juice boxes — pre-packaged plastic straw not included.

Sensible Sippers Fruit Punch
This juice box was the smallest out of the bunch and got the smallest amount of positive votes. No one gave this juice box more than a 60 percent, with one staffer even ranking it as 59 percent! The diluted flavor — it’s mixed with water — was responsible for the low score, as well as an artificial, non-fruity taste. One editor even commented that it was "the only one I spit back into the cup." The other tasting notes didn’t get much better with, "rubbing alcohol," "offensive," and "bad grape," being some of the tamer comments. If you want watered-down juice, it might be better to do it yourself. Our editors certainly didn’t want to swallow this juice box!

V8 Fusion Apple
While this one also ranked pretty low, it wasn’t quite as reviled as Sensible Sippers. The highest mark it received was a 75 percent. The main issue was its cloudy, artificial appearance. While the neon orange color might not be an issue in a box, no one could properly guess the taste, with ideas ranging from pear to banana. Even if you’re eager to sneak some vegetable servings into your juice consumption, there are tastier vegetable juices to choose from. As one tester summed up, the juice "smells awful, looks awful, very artificial." Guess this won’t be making the tyke’s lunchbox.

Honest Kids Super Fruit Punch
Honest Kids ranked quite a bit higher than V8 Apple and Sensible Sippers, but its watered-down taste was its downfall. The editors didn’t appreciate the diluted flavor, calling it "creepy diluted," and complained about a strange sweetness that "tastes vaguely like bubblegum." Some taste-testers also commented on a tropical flavor with hints of coconut and pineapple. In addition to the low calorie count, this juice box contains the lowest amount of sugar, along with a variety of fruit juices.

Trader Joe’s Reduced Calorie Fruit Punch
Trader Joe’s just surpassed Capri Sun to break into the top five in our taste test. Its watery taste lost it quite a few points with our editors, who were looking for a more robust flavor, but its lack of sweetness made it relatively easy to sip on. There was still a slight artificial, "fake-ish," twinge to this juice that "left a metallic aftertaste."

Apple & Eve Very Berry
Apple & Eve’s Very Berry juice box broke the top three with a score of 71 percent. Editors found it to have an inoffensive flavor that was sweet, without being overkill. With comments like "decent," "meh," and "middle of the road," this juice box won’t be winning any flavor contests, but it also won’t make you sick. It’s a safe bet that your kid won’t complain if this is in their lunch box.

Whole Foods 365 Fruit Punch
The clear winner, with two staffers scoring it well in the 90s. Even among the lower votes, no one ranked this juice box lower than a 65. As one editor astutely phrased it, "The first one that tastes like fruit." The only thing editors couldn’t agree on was what kind of fruit. Two testers noted a prune-y flavor, while others tasted apple-cinnamon, cherries, cranberries, and grapes. If you’re a fan of juice that tastes like fruit and isn’t too sweet, this is the juice for you. However, if you’re trying to cut back on sugar, it might be one to skip: the juice box is also the clear winner of the most grams of sugar per box. Twenty-five grams? We may have unlocked the secret to the juice box’s success.

See all 10 of The Daily Meal's picks here

How to Make a Wendy's Frosty at Home

5 Creative Ways to Open Wine Without a Corkscrew