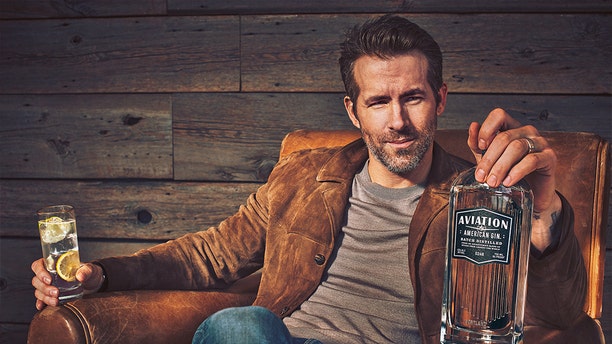 The Deadpool star has taken the reins of a gin company. (Aviation Gin)

Reynolds, alongside Virgin founder Richard Branson, announced his Aviation American Gin will soon be available on all Virgin Atlantic flights.

This duo couldn’t just announce the partnership in a simple press release, so instead they released a video about the new onboard drink option.

"At Aviation we're totally focused on making the best damn gin on the planet,” Reynolds deadpans. "In order to maximize shareholder value, we are pleased to announce Virgin Atlantic and Aviation are merging."

Branson quickly interjects, "Actually, Ryan, this is more of a partnership announcement. Virgin Atlantic will now be serving Aviation gin.”

The actor then announces his new name for the company: AvaVirgination. And then Branson walks off set.

For those actually intrigued to taste the gin on their next flight, it comes with flavor notes including “juniper, lavender, anise, sarsaparilla, orange peel and cardamom,” according to Masters of Malt.

Such a delicious onboard drink choice should come as no surprise when you consider that Virgin Atlantic is often considered one of the best in the business for its food choices.

“Working with Ryan and his team on this partnership has been so exciting. Aviation Gin is a true icon born out of a spirit of innovation, so serving it on board Virgin Atlantic flights seemed like a natural combination,” Branson added in a more serious note on Virgin Atlantic’s blog.

“I’ve been a huge fan of Sir Richard Branson and Virgin for years,” Reynolds added. “For Aviation to be chosen as the gin of choice for such an iconic and quintessentially British brand is a complete honor. We look forward to serving Virgin Atlantic guests for years to come and, on a personal note, Sir Richard has promised to teach me the difference between revenue and profit, so I am beyond excited.”