Restaurant sues customer over bad Facebook review: 'This is slander' 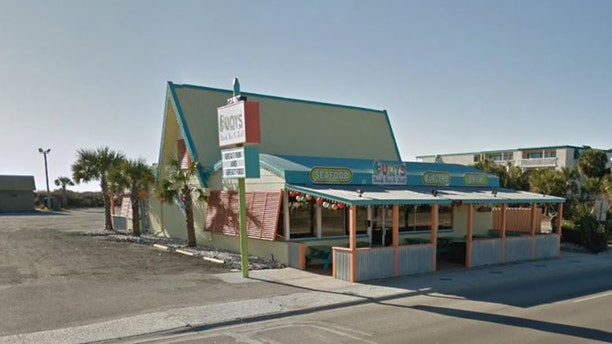 Buoys on the Boulevard in North Myrtle Beach is suing Doreen Gale-Alfano for libel. (Google Maps)

A South Carolina restaurant is suing a customer over her negative Facebook review, claiming it contains false allegations against the eatery.

Buoys on the Boulevard in North Myrtle Beach is reportedly suing Doreen Gale-Alfano for libel, saying the bad review stemmed from the restaurant’s refusal to honor a coupon from October 2017 — before the establishment changed ownership.

According to the restaurant, Gale-Alfano visited Buoys on the Boulevard with her father on October 30 of this year and tried to use a coupon for up to $30 that was attributed to Buoys Beach Bar & Grille, which is what the restaurant was called before it changed ownership in March 2018.

Restaurant employees allegedly offered to comp the pair’s drinks because they could not honor the coupon. However, Gale-Alfano was so upset she threatened to “destroy” the company on social media before leaving and going to another location that would honor the coupon, the lawsuit claims, Myrtle Beach Online reported.

After leaving, Gale-Alfano posted on the restaurant’s Facebook page with a damaging review.

“Awful food....found a worm in my sushi.

Also had a fast crawling bug on the wall.

The Junga game is a germ carrier.

Go and enjoy if you don’t care cuz the new owner doesn’t at all,” the post read.

On its official Facebook page, the restaurant responded to Gale-Alfano, claiming the woman did not order anything — and could prove it.

“Hi Doreen, your visit last night is on our camera and you never ordered any food. NO SUSHI was made for you. You and your father came in last night with a $30.00 off coupon dated October 2017 from Grand Strand Dining Group. We bought the business in March 2018 and are not affiliated with Grand Strand Dining Group. We tried to explain that and you were livid because we would not accept the coupon,” the post reads.

“We did comp out a Grey Goose Martini, a beer and a coke. We also let you know to go to Duffy Street to redeem the coupon. I did see where you went there after you left here. I can post the video of your entire visit on our camera playback and see where only drinks were at your table. I find it really sad that you would stoop so low to post lies about a business because of your anger. You did let the staff know that you would get on social media and ruin our business. Those are your own words.”

In a later post, the restaurant informs Gale-Alfano that they have tried to reach out to her several times and will be pressing legal action.

“This will be our last response, tomorrow morning I will be going to our attorney and moving forward with him on this, this is slander. Already spoken with law enforcement and they agree. You will hear from us soon,” the post reads.

The lawsuit is seeking an unspecified amount for damages.