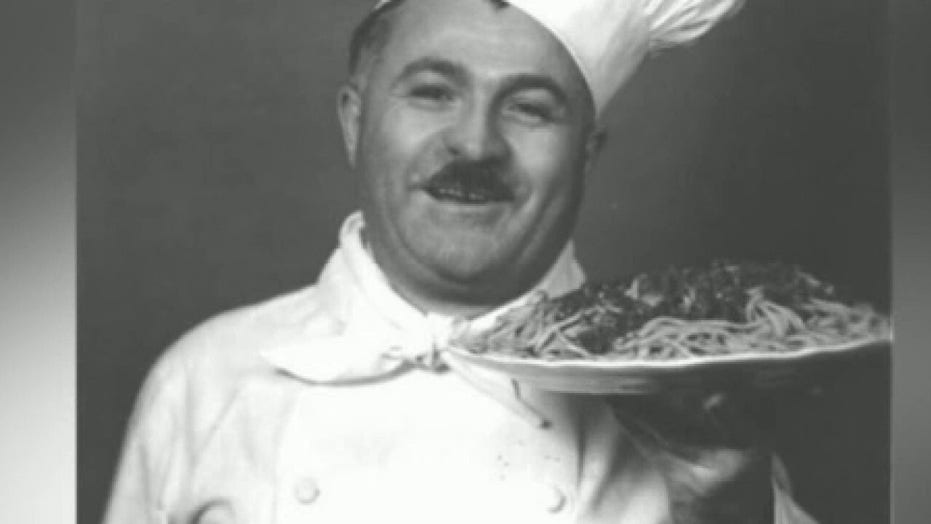 The petition calls Boyardee a 'symbol of immigrant success.'

A trending online petition is calling for a statue of Christopher Columbus in Cleveland, Ohio, to be replaced with a figure honoring the life of Chef Boyardee.

The recent Change.org appeal is urging Cleveland City Council to remove the statue of the controversial explorer located in Tony Brush Park, in the Little Italy neighborhood, and erect a statue of Ettore (Hector) Boiardi in its place. The pitch has since received over 2,600 signatures.

Boirardi emigrated from Italy at age 16, later moving to Cleveland and opening a restaurant, WKYC reports. His sauce was so popular that he began bottling it for sale, which grew to become the Chef Boyardee brand of pasta and sauces today.

SOMMELIERS WILL NO LONGER USE ONLY THE TITLE 'MASTER,' WINE ORGANIZATION SAYS

Boiardi's company produced canned food rations for American soldiers in World War II, a war effort contribution that earned the chef a Gold Star from the U.S. government in 1946. He lived in Northeast Ohio for the rest of his life, and passed away in 1985.

Boirardi's sauce was so popular that he began bottling it for sale, which grew to become the Chef Boyardee brand of pasta and sauces today. (Daniel Acker/Bloomberg via Getty Images)

Now, the petition argues, the time has come to oust the Columbus statue and honor a more favorable Italian-American icon.

“Columbus is not someone we should celebrate. He was a racist monster who initiated the genocide against indigenous Americans,” it claims. The plea further praises Boiardi and his legacy as an “immigrant success story who enriched our community with his food and iconic mustache.”

Calls to remove statues, brands and imagery with problematic histories and racist connotations have swept the nation following the Memorial Day death of George Floyd in police custody.

Columbus statues have become particular targets of anger and vandalism, having been defaced in Boston, Richmond, Va., Miami and St. Paul, Minn.

Elsewhere in the Buckeye State, a statue of Columbus was removed from the front of Columbus City Hall on Wednesday. The figure will reportedly be replaced by a piece of new art that better represents the city and its people.