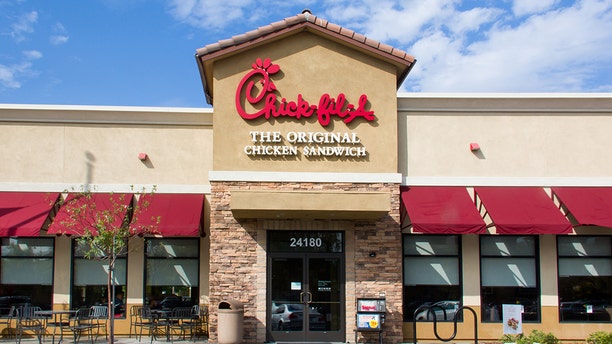 A spokesperson for the chicken sandwich chain told Fox News that there are "no plans to expand onto military bases at this time." (iStock)

Emily Carby, a senior airman at Colorado’s Buckley Air Force Base, is all for eating more chicken.

That’s why she created a now viral Change.org petition that calls on Chick-fil-A to bring the restaurant to military bases across the country for the first time. (Currently, a total of 2,200 name-brand fast food restaurants — such as Subway, Church’s Chicken and Captain D’s — can be found on U.S. military bases, according to the Panama City News Herald).

In the petition, Carby wrote she is “calling on all military members, base workers and retirees to come together and ask the United States Government to consider contracting Chick-Fil-A’s on United States military installations.”

She added that the option would give military personnel access to “healthier choices,” as well as more variety.

It would appear that many agree with Carby: As of Thursday afternoon, the petition had more than 50,000 signatures, roughly 25,000 less than its goal of 75,000.

At least three airmen at Hurlburt Field in Okaloosa County, Fla., told the Panama City News Herald they drive from the air base to a nearby Chick-fil-A location at least once a week. The manager of that same restaurant also told the paper more than 60 percent of his customers are “affiliated with local military bases.”

But despite the demand, a Chick-fil-A spokesperson told Fox News in a statement the chain has “no plans to expand onto military bases at this time.”

“We will continue to look for ways to serve great food and remarkable service while supporting the military locally with events such as Military Appreciation Night, in-restaurant commemorations and more,” the statement continued.

A spokesperson for the Army and Air Force Exchange Service, which operates fast food restaurants under both license and franchise agreements on military bases, declined to comment on the petition when contacted by Fox News.

"Though this seems like a minute issue, I believe the signatures on this petition will speak for themselves."

“Though this seems like a minute issue, I believe the signatures on this petition will speak for themselves in regards to how many members agree with this proposition,” she wrote. “Please consider.”