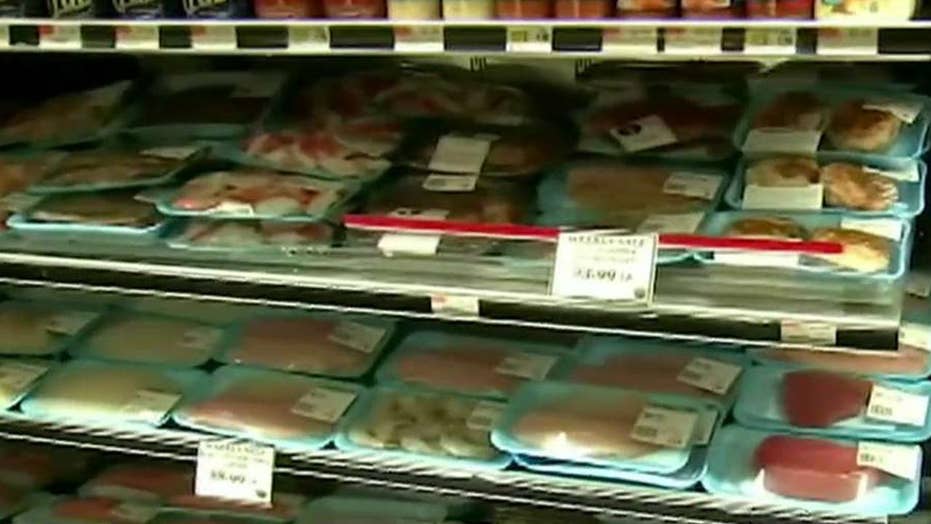 The meat industry fights back as interest grows in plant-based foods.

JACKSON, Miss. – The meat cattle industry has been a growing and profitable industry in the Magnolia State.

But some feel the state is protecting the industry at all costs -- by imposing tough laws that are choking the plant-based industry.

Mississippi has made it illegal for companies who make vegan and vegetarian foods to label their products as “meat or meat food products.” Lawmakers said the law would prevent consumer confusion between meat alternatives and actual meat.

But the vegan food makers are fighting back.

The Institute for Justice, a law firm that litigates cases to limit the size and scope of government, has filed a federal lawsuit against Mississippi on behalf of the Plant Based Foods Association. The suit challenges the constitutionality of the state’s labeling law; claiming the law impedes on vegan food makers First Amendment right to free speech.

The lead plaintiff in the case is Upton’s Naturals, a Chicago-based vegan food manufacturer. The company makes about a half dozen products that are entirely vegan. However, it labels them with well-known terms like “burger,” “bacon” and “chorizo” so customers know what kind of meat alternatives they’re buying.

Daniel Staackman, the company’s founder, said Upton’s Naturals lawsuit against the state is about protecting its right to market its brand with common sense words that its customers are already accustomed to using, as it relates to food.

Dan Staackman, founder of Upton's Naturals, stands inside of the company's Chicago factory where it produces a half dozen meat alternatives. Upton's Naturals has filed a federal lawsuit against Mississippi, claiming the state's labeling law is violates its first amendment right to free speech. (Fox News/ Charles Watson)

“It’s really the consumers that are going to lose out by having to change these words in a way that they won’t understand,” Staackman said.

It's a battle playing out all across the country as the makers of vegan food have perfected the taste of artificial meat -- stunning the pork, cattle and even fish industry with lab-grown food that essentially replicates the taste of animal meat.

Staackman said he believed the Mississippi law, which recently went into effect on July 1, was simply a ploy to shelter the state’s meat industry.

“This is really a protectionist move on the part of the meat industry to try to squash our progress,” he said.

The Mississippi Cattlemen’s Association, a legislative advocate that represents 3,500 beef producers around the state, supported the passage of the state law. The association said the law would ensure fairness in grocery stores against its competitors.

“We welcome competition,” said Andy Berry, executive vice president of the Mississippi Cattlemen’s Association. “A level playing field is all we’ve asked for to make sure what you buy is what it is.”

The Mississippi Cattlemen's Association is a supporter of Mississippi's new labeling law. It said it wants people to know what they're buying in the grocery store. (Fox News/Charles Watson)

The laws come at a time when plant-based food companies like “Beyond Burger” and "Impossible Burger” have meatless products on the market that could be difficult for people to distinguish from actual meat.

However, Americans are eating more meat than they have in more than a decade. The average American meat-eater is set to devour nearly 221.5 pounds of meat this year alone, according to the USDA.

Bill Pigott, a Republican Mississippi state representative and a member of the Cattlemen’s Association, said his aim in writing Mississippi’s version of the law was to make sure it was clear consumers knew what they’re buying.

“This was asked for by the cattle producers in Mississippi to clarify labeling laws,” Pigott said. “[It’s] not to stop any sale of any products, just allowing the consumer to know what they’re actually consuming.”

Pigott said there was nothing wrong with him sponsoring the law -- though he is still a member of the Mississippi Cattlemen’s Association, he has retired from cattle production and would not personally benefit from the law. In a search of public records, Fox could not find any lobbying efforts or financial ties between Pigott and the Mississippi Cattlemen’s Association.

The Institute for Justice said consumers are savvy enough to understand what its clients’ labels clearly state.

Upton’s Naturals said it wasn’t clear how much it would cost the company to re-package it’s products if the meat labeling prohibition is upheld in Mississippi. It would have to consider its options.

The Cattlemen’s Association said the right to choose would still be alive and well for consumers, but appropriate labels would make things much clearer.

“It doesn’t ban anybody from selling anything they’re selling now," Berry said, "they just have to label it correctly.”