McDonald’s planning ‘Experience of the Future’ with upgraded restaurants 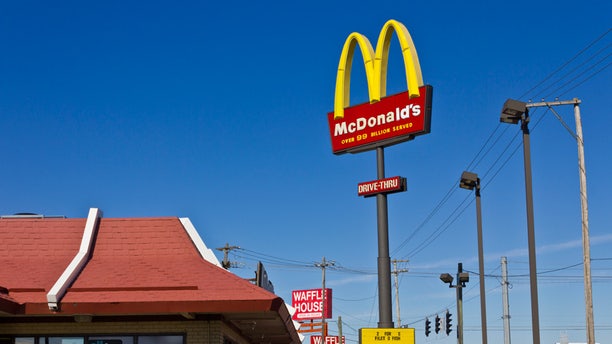 Since their “all-day breakfast” doesn’t seem to be pushing as many sales as it used to, McDonald’s is now trying to win customers back with something new it's calling the “Experience of the Future.”

The Wall Street Journal reports that McDonald’s is getting ready to pour a significant amount of money into upgrading and renovating its franchisees’ restaurants. It’s all part of the company’s new “Experience of the Future” initiative, which will offer patrons a different-- i.e. more modern-- dining experience than what's currently available.

For starters, the upgraded McDonald’s locations will be utilizing table-location technology which will allow employees to deliver food directly to customers’ tables. Two of the other biggest changes, aside from restaurant aesthetics, will be the installation of self-service kiosks and dessert counters.

Along with these renovations, McDonald’s employees will be given new muted grey uniforms to wear.

This particular renovation initiative is unprecedented for McDonald’s, and not merely because of the scale or individual upgrades, but because the company has promised franchisees that they won’t have to pay for the whole thing — an olive branch it has never before extended.

Historically, when going through a rebrand, McDonald’s has burdened its franchisees with the entire cost of renovations. And, as AOL points out, previous renovations have actually bankrupted some McDonald’s franchisees, especially since the company often introduces new menu items or promotional deals several times per year.

But while franchisees aren’t on the hook for the entirety of bill, the upgrades McDonald’s is rolling out are still expected to cost between $150,000 to $700,000 per restaurant, according to the Wall Street Journal.

Once complete, McDonald’s is hoping to take back the customers it has been losing to other fast-food franchises. In a meeting with investors, the company recently estimated that it lost half a billion transactions to competitors over the last five years.

The company’s decision to introduce digital kiosks also mirrors one of its competitors, as Wendy’s announced in February their intentions to install 1,000 digital kiosks by the end of 2017.

McDonald’s “Experience of the Future” is the latest in a string of company efforts to retain customers. The fast food chain’s all-day breakfast promotion, introduced in 2015, was initially regarded as a hit, although current reports indicate that the initiative is quickly losing steam.

The fast food chain's recent “Create Your Own Taste” initiative, which allows customers to customize their burgers via touch-screens, was also scrapped in favor of their new line of Signature Crafted Recipes sandwiches-- marketed with a french fry-fork hybrid dubbed the "Frork."