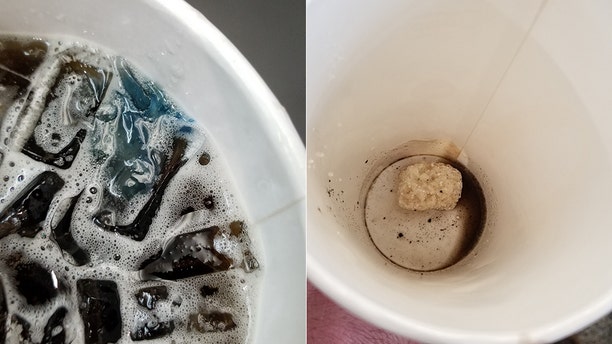 A man in Florida claims a McDonald's worker put a bleach pod in his soda, leading to his hospitalization. (Lee Graves)

A man in Florida claims he was hospitalized after a McDonald’s employee tried to “murder” him by putting a laundry bleach pod in his soda.

Lee Graves of Jacksonville posted about the incident on social media, sharing images of himself receiving IV treatment along with what he alleges is the remainder of the chemicals in his cup from the fast-food chain.

He said he made the discovery Thursday after receiving his drink at the drive-thru window. The worker initially gave him the wrong size, but Graves told her “this was supposed to be a large.” When she swapped it out, he said it began to “erupt like a volcano 30 seconds later.”

STARBUCKS EMPLOYEES, CUSTOMERS EXPRESS CONCERN OVER NEW POLICY: 'I CAN'T SEE HOW THIS WILL WORK'

“[I] took a couple big gulps to try to stop it and it tasted like chlorine. I thought my taste buds were off since I've had a bunch of dental work done this week but when I took the lid off I saw a big clump of blue goo. I thought she'd spit in it and it wasn't until an hour later when I dumped it out that I realized it was much worse,” he wrote on Facebook.

As a result, Graves claims his stomach was cramping and he was feeling nauseous so he decided to get checked out. According to his post, he had to get several tests, including blood work and an EKG, and was given two IVs and “some kind of pill.” 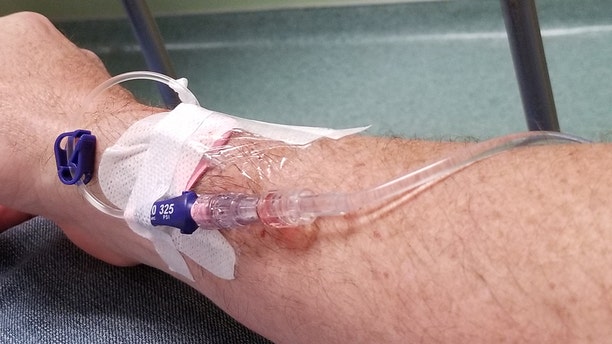 After experiencing nausea and stomach cramping, he said he underwent several tests, including blood work and an EKG, and was given two IVs and “some kind of pill.” (Lee Graves)

"They told me the risk of bleach and chlorine poisoning comes after the fact," he told WJXT. "It creates a chemical imbalance in your gut. If you ingest enough of it, it can kill all the good bacteria in your gut."

Graves said he filed complaints with McDonald’s, the Jacksonville Sheriff’s Office and the Health Department, though the employee who gave him his drink denied spiking it and told WJXT she only touched it to put the lid on.

The owner and operator of the McDonald’s Graves visited, Edgard Gerena, said the incident is under investigation but the claims are so far unsubstantiated.

“Serving my customers safe, high quality food and beverages is a top priority for me….We are continuing to review this matter and gather all the facts,” Gerena said in a statement to Fox News.

Graves told Fox News he spoke with the Sheriff’s Office Monday morning, who said McDonald’s is “fully cooperating” and that they’ll be reviewing the video.