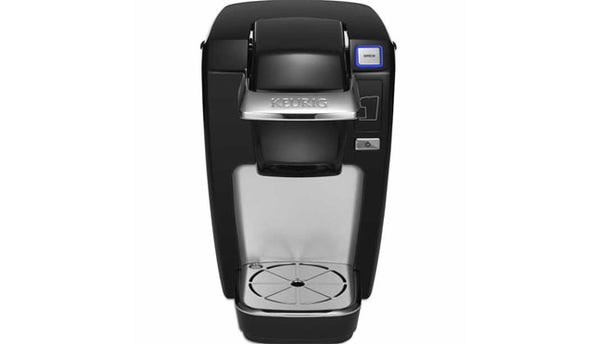 Keurig MINI Plus Brewing Systems that has been recalled. (Keurig)

Keurig is recalling more than 7 million of its single-serve coffee brewing machines after reports that a number of them had spewed hot liquids and injured dozens of users.

The recall is for Keurig's Mini Plus brewers that were made between 2009 and 2014. Keurig received about 200 reports of hot liquid spraying from the brewer, including 90 reports of burn-related injuries.

Customers who own the brewers can contact the company and have a repair kit sent for free. Keurig said the kit will fix the issue. The company warned customers waiting for the kit to keep an arm's length away from the brewers and not brew more than two cups in quick succession.

About 6.6 million of the brewers are in the U.S., and nearly 600,000 are in Canada. They were sold for about $100 online and at retailers across the country, including Kmart, Kohl's, Target and Walmart. The recalled brewers have model number K10 and have an identification number starting with "31" printed on the bottom.

The brewers are made by Keurig Green Mountain Inc., based in Waterbury, Vermont. The company's shares fell $3.08, or 2.2 percent, to $136.70 in afternoon trading Tuesday.